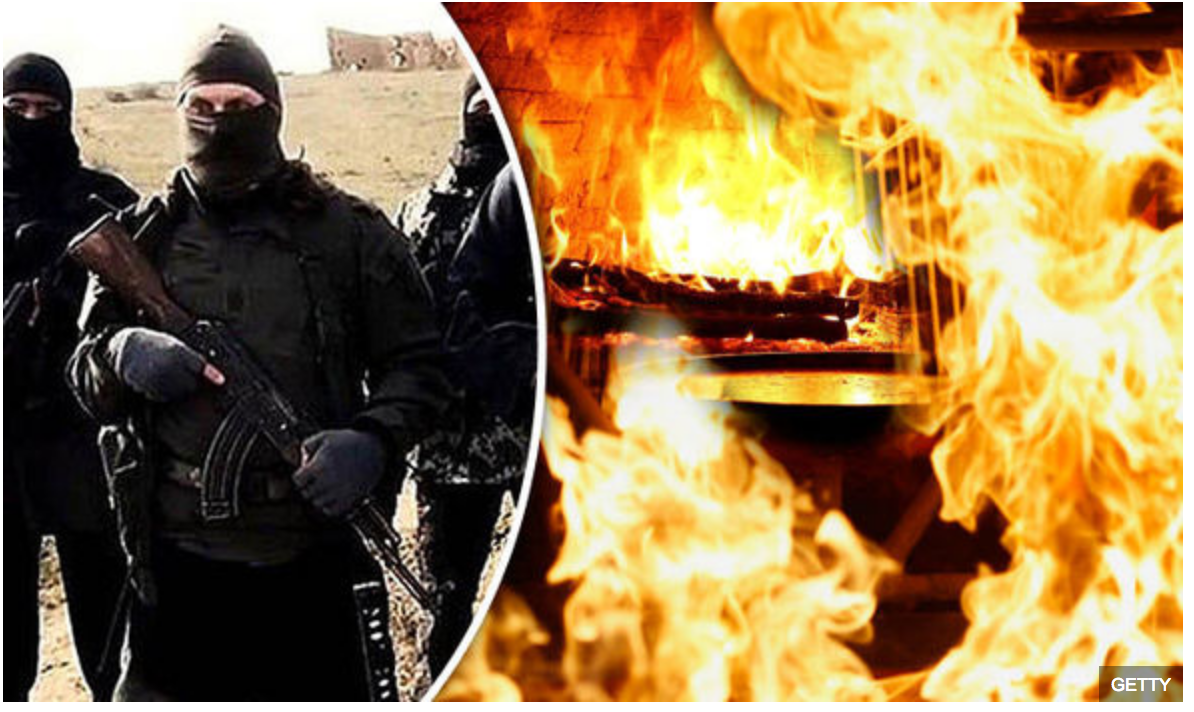 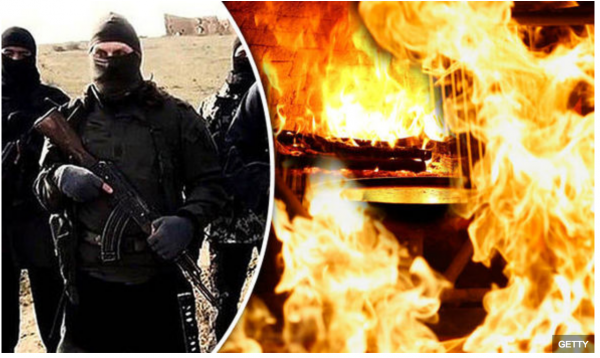 Yet another new low for the Islamic Jihad terror group, set up and funded by Obama, Clinton and their evil middle eastern Islamic allies.

“Christians being killed and tortured, and of children being beheaded in front of their parents.”

“Then there were 250 children. They were put in the dough mixer, they were kneaded…”

How do they sleep at night?

“Barbaric ISIS brutally kills 250 children in dough kneader and burns others alive in oven,” By Katie Mansfield, The Express, Oct 23, 2016:

ISIS terrorists put 250 children through a dough kneader and killed six men by burning them alive in an oven, according to a shocking new report.

The sick jihadis killed children, the eldest was just four years old, in an industrial dough kneader in the Syrian town of Duma.

In a chilling testimony, one Syrian woman spoke of “Christians being killed and tortured, and of children being beheaded in front of their parents.”

Speaking to Dr Yvette Isaac, from advocacy charity Roads to Success, Alice Assaf said: “Our neighbour came in and said: ‘Umm Issa, they have taken many girls about 300 girls. They were taken to Duma. Many of them were Christians and few were Alawites.

“At the bakery, there were six young people who were working there. We knew them. They were burned in the oven, six well-framed men.

“Then there were 250 children. They were put in the dough mixer, they were kneaded. The oldest one of them was four-years-old.”

As well as dealing with ISIS, Duma has been the site of bloodshed and violence as the city has found itself at the heart of the Syrian civil war.

The brutal killings were highlighted by Congleton MP Fiona Bruce before Parliament.

Recounting Dr Isaac’s testimony, Mrs Bruce said: “She showed us recent film footage of herself talking with mothers–more than one– who had seen their own children crucified.

“She told us of a mother with a two-month-old baby. When Daesh knocked at the front door of her house and ordered the entire family out, she pleaded with them to let her collect her child from another room.

“They told her, ‘No. Go. It is ours now.’”The horrific killings comes as ISIS continues to wipe out Christians in the Middle East, targeting believers in Iraq and Syria.The report, by charity Open Doors UK, found Christians in the region have been taken hostage, church leaders assassinated, homes and businesses destroyed and women and girls raped and forced into sexual slavery.

ISIS has targeted Christians in Syria and Iraq