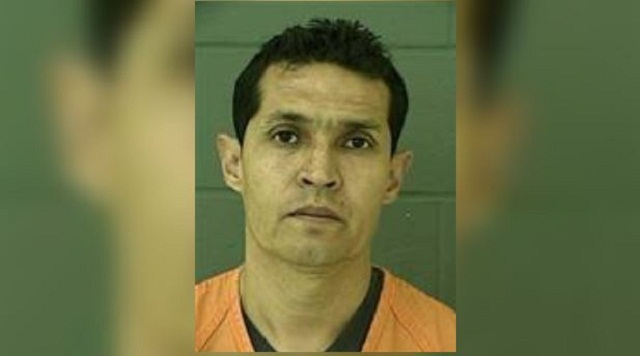 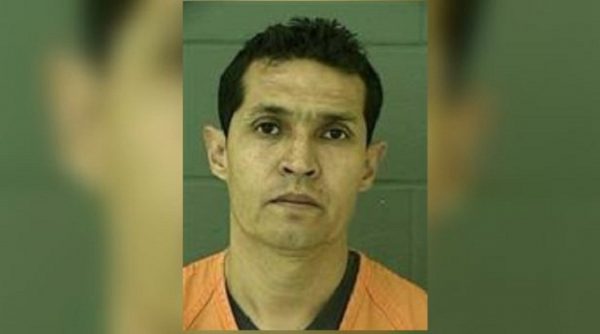 Donald Trump is right: we’ve got some real bad hombres in this country thanks to Hillary Clinton’s beloved open borders.

In this story out of Oregon, an illegal who was previously deported managed to come right back in and ended up being hired to work at a middle school.

This happened despite the fact he was accused of raping a woman in 2007 and was also reprimanded in 2006 for inappropriately touching female students.

From The Dallas Chronicle:

A male classroom aide at The Dalles Middle School was arrested last week and is accused of inappropriately touching two female students at school.

On Monday, Oct. 10, after administrators learned of the allegations, Jose Luis Martinez-Robledo, 48, an English Language Learner aide, was pulled from class and trespassed by the school district from coming back on school property, said Bob Dais, human resources director for the school district.

On Friday, Oct. 14, Martinez-Robledo was charged with five counts of sexual harassment, a Class A misdemeanor, said Wasco County District Attorney Eric Nisley. The charge is defined as touching a person in a sexual or intimate area. Dais said he was meeting with Martinez-Robledo’s union representative Tuesday, and from that meeting Dais would come up with “a recommendation for discipline, which could be up to dismissal.”

Nisley said in court that Martinez-Robledo had been “removed” from the country in 1997 by immigration officials and that he didn’t believe the man had lawful status.

The regional jail current inmate webpage notes that a federal hold by the U.S. immigration agency has been placed on Martinez-Robledo.

Nisley said it was “virtually certain” that Martinez-Robledo would get prosecuted for illegal re-entry into the United States.

…According to The Dalles Police, Martinez-Robledo had also been investigated in 2006 and 2007, but charges were not filed either time. In 2006, a student at The Dalles Middle School, where Martinez-Robledo had started working a year earlier, accused him of inappropriately touching her, including tugging her hair, squeezing her leg and asking to touch her rear.

…Martinez-Robledo told police that he would occasionally tug kids’ hair or pat them on the shoulder and say “hi.”

The city declined to file charges, noting in a police report, “due to the fact that Martinez-Robledo was not touching [the girl] with the intent to harass or annoy her and there was no evidence supported by the witnesses that he had, he was not charged with harassment.”

The police report noted it was the school’s decision on whether Martinez-Robledo would return to work. He had been suspended with pay during the investigation, the report noted.

This illegal alien, after being caught touching kids at a middle school, is given full rights as though he’s a US citizen and is even allowed to keep his job.

How is this not completely insane?

Dais said that after the 2006 investigation Martinez-Robledo received a written reprimand and was “given strict guidelines on how he was to interact with students.”

…In 2007, a woman accused Martinez-Robledo of rape, but he said it was consensual, according to city police reports.

The case was determined to be unfounded by the district attorney’s office and no charges were filed, according to the reports.

He’s in court as an illegal alien accused of rape, yet no attempt was made to deport him.

D21 Supt. Candy Armstrong said the district did not know about the 2007 rape allegation.

These are all checked against a national Homeland Security database. Odds are the administrators either failed to check properly or just ignored his immigration status because they’re “down with the cause” of mass third world illegal immigration as good for liberals.

Regardless, we have bad hombres in this country being hired by our middle schools despite molesting kids, raping women and being here illegally.

As Donald Trump said, we need to get these “bad hombres” out.

Hillary Clinton wants to give this guy and every other illegal alien citizenship within the first 100 days of her presidency so that Republicans can never win a presidential election ever again.