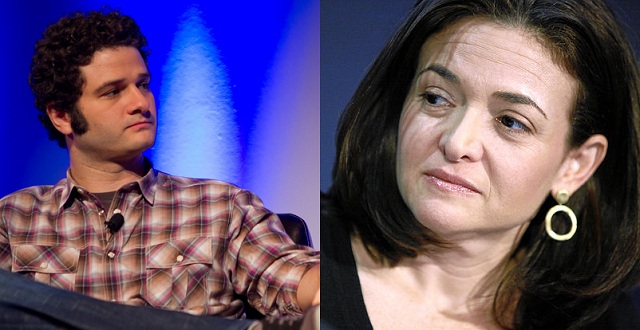 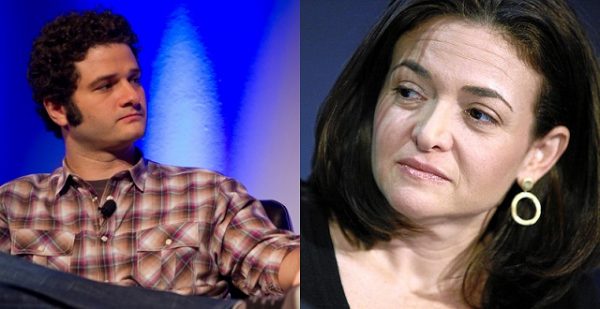 Facebook COO Sheryl Sandberg and Facebook co-founder Dustin Moskovitz are doing everything in their power to stop Donald Trump.

In a May 2015 email thread, Podesta offered his condolences for the sudden death of Sandberg’s husband, Dave Goldberg. Sandberg thanked Podesta for his kind words, then affirmed her desire to “help” Clinton win the 2016 election. She mentioned a home visit where Clinton interacted with her children.

“I still want HRC [Hillary Rodham Clinton] to win badly,” she wrote. “I am still here to help as I can. She came over and was magical with my kids.”

This exchange confirms Sandberg has a more personal stake in her Clinton campaign interactions than suspected. Just last month, Politico’s Ben White wrote of hearing chatter that she might consider serving in Clinton’s would-be Cabinet, though it would be a tough decision to leave her California home for Washington, DC.

Previous batches of leaked emails reveal that Sandberg offered to put Podesta in contact with Facebook co-founder and CEO Mark Zuckerberg, stating that Zuckerberg was interested in influencing policies relating to “social oriented objectives (like immigration, education or basic scientific research).” Podesta appears to have at least arranged that meeting; his assistant emailed him in August 2015 with directions to Zuckerberg’s office.

Zuckerberg has been politically active since 2013, when he co-founded a 501(c)3 called “FWD.us,” primarily lobbying for expansion of the H-1B visa program andamnesty for illegal immigrants. The organization has not openly endorsed Clinton’s “dream,” revealed in a private speech to a Brazilian bank, of “a hemispheric common market, with open trade and open borders,” but it hasforcefully attacked Republican presidential candidate Donald Trump’s stance of strong border security, including a physical wall.

Despite living in a walled off compound, Zuckerberg opposes Americans being allowed the same protection on our southern border.

Not to be outdone by Sandberg using everything at her disposal to stop Trump, lesser known Facebook co-founder Dustin Moskovitz has dumped an “unprecedented” $35 million into Hillary Clinton’s coffers.

Facebook co-founder Dustin Moskovitz vaulted suddenly and without any advance warning to the top rung of Democratic party megadonors with two unheralded tears through his checkbook in the past six weeks. His money significantly altered the short-term financial position of the pro-Hillary Clinton forces and revealed a previously unknown source of cash for Democrats.

In the days after Moskovitz’s money landed, the party’s leading finance operatives struggled to control their excitement at the prospect of finally having an answer to Republicans’ Sheldon Adelson in the shape of a Silicon Valley titan like the ones Democrats have been chasing after for well over a decade.

Note: despite Adelson pledging to give Trump $100 million, he only gave him $5 million.

“This is a unicorn-type campaign gift — you just don’t see someone basically walk into a campaign without a significant track record of activity and contribute at this level,” said veteran Democratic strategist Chris Lehane, a Clinton White House alum who works closely with top party donors in Silicon Valley.

The deeply private 32-year-old — who is worth $12.7 billion, according to Bloomberg — is a longtime philanthropist but political newcomer. He hasn’t started to build contacts with local operatives. And he hasn’t said a word publicly about his political involvement beyond a pair of Medium posts announcing it in the first place.

In his Medium post last month, Moskovitz made it clear his goal is to crush the nationalist “tribalism” Trump represents:

The polarization in America today has yielded a race that is about much more than policies and ideas. It has become a referendum on who we want to be — as individuals, as a nation and as a society. Will we be driven by fear, towards tribalism, emphasizing the things that divide us? Will we focus on how to advantage those most similar to us while building barriers to separate us from the rest of the world? Or, alternatively, will we continue in the direction of increased tolerance, diversity and interdependence in the name of mutual prosperity?

… If Donald Trump wins, the country will fall backward, and become more isolated from the global community. This distinction is starkly caricatured by his #1 “policy” position: the literal building of a wall between us and our neighbor.

According to Moskovitz, America must fall in the interests of “diversity,” “interdependence,” and “tolerance.” We must fight against these people with every fiber of our being.