In another Wikileaks email, this time from Chairman of the National Jewish Democratic Council Marc Stanley to Hillary campaign chairman John Podesta dated February 11, 2016, Stanley lays out his best argument for why voters should choose Hillary over Bernie… 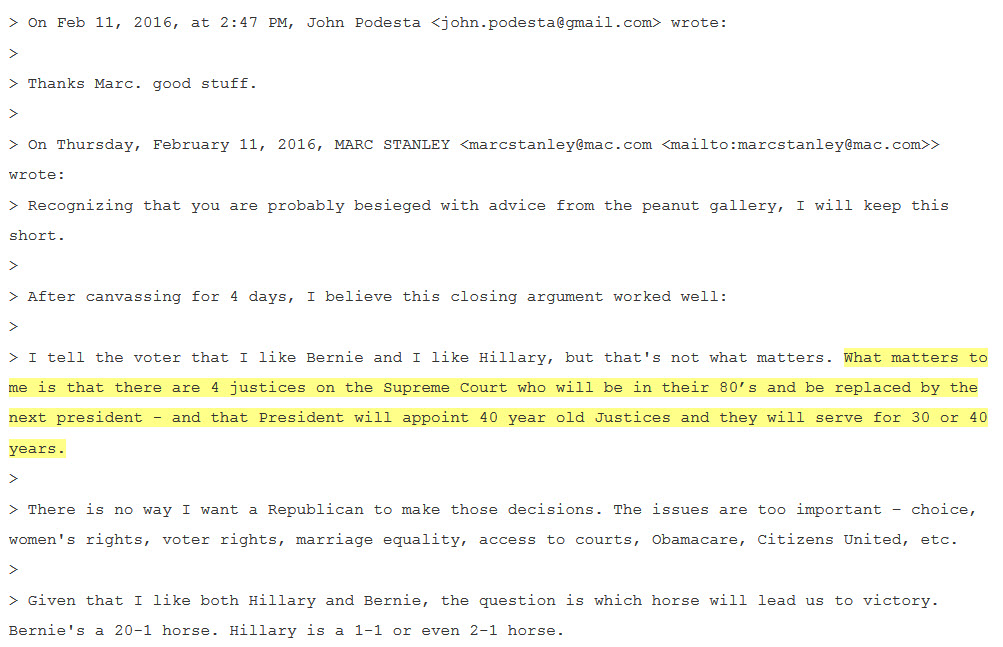 I tell the voter that I like Bernie and I like Hillary, but that’s not what matters. What matters to me is that there are 4 justices on the Supreme Court who will be in their 80’s and be replaced by the next president – and that President will appoint 40 year old Justices and they will serve for 30 or 40 years.

He goes on to say that voters shouldn’t want Republicans making decisions about issues like Obamacare, Citizens United, voter rights, etc. and that Bernie is “a 20-1 horse” versus Hillary as a “1-1 or even 2-1 horse”.

Can you imagine it? Hillary being able to personally nominate four out of nine Supreme Court justices for life?

Hillary will own half the Supreme Court and for long after she’s gone.

That’s on top of the three Obama already nominated.

That’s seven out of nine… or the entire Supreme Court, basically.

Think about that for a second. Just let it sink in.