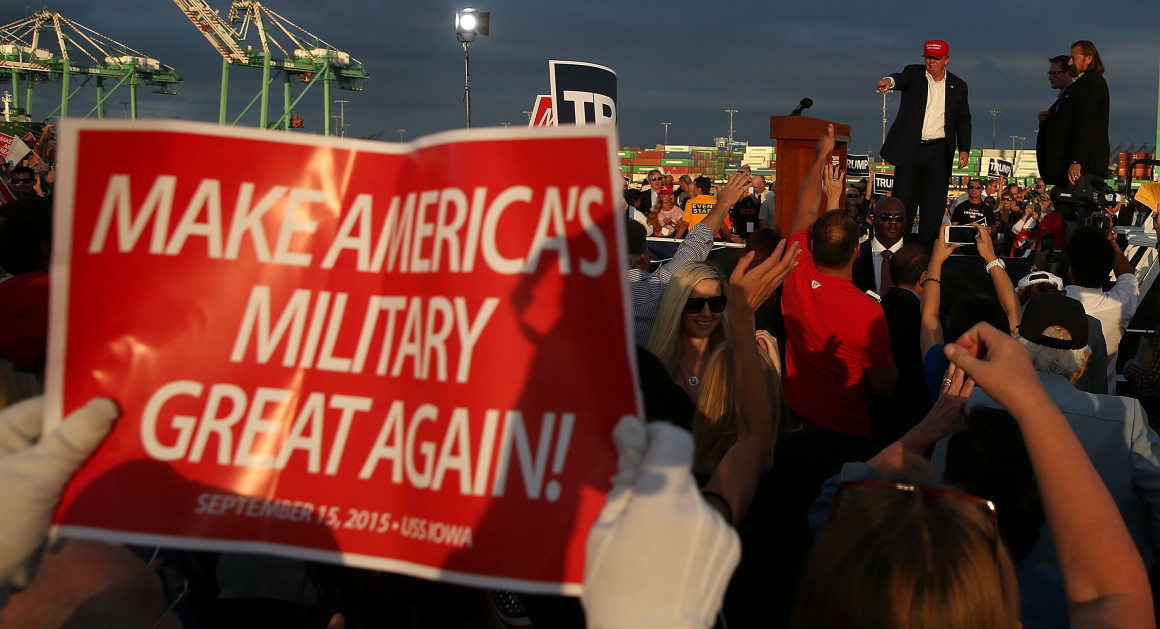 Have you seen that pro-Hillary TV ad of disgraced Gen. John Allen?

You should know that in 2011, Allen, then a 4-star general in the U.S. Marine Corps, was nominated to be NATO’s Supreme Allied Commander, Europe, pending confirmation by the Senate. On November 13, 2012, Defense Secretary Leon Panetta suspended Allen’s confirmation hearing, pending investigations into the general’s “inappropriate communication” with a woman named Jill Kelley.

As part of the fallout of the Gen. David Petraeus-Paula Broadwell affair, the FBI uncovered 20,000 to 30,000 pages of correspondence — mostly email — between Allen and Kelley from 2010 to 2012. Reportedly, their correspondence was “flirtatious” and “inappropriate” as Allen and Kelley were both married at the time, but not to each other.

The upshot: Not only did John Allen lose his confirmation as NATO’s Supreme Allied Commander, he also lost his job as Commander of U.S. forces in Afghanistan — a post to which he was promoted to replace the disgraced Gen. Petraeus. (See “Obama purges U.S. military command (Part 1)”)

Allen retired from the military in February 2013, but was appointed Special Presidential Envoy for the Global Coalition to Counter ISIL (or ISIS) — a post and title created for Allen by Obama, which Allen held for about a year from September 2014 until October 23, 2015.

Allen was a featured speaker at the 2016 Democratic National Convention in Philadelphia. He criticized Donald Trump and endorsed Hillary Clinton — who abandoned four Americans to die in Benghazi — for President.

Like the New Yorker that he is, Trump fired back, calling Allen “a failed general.”

The endorsements began with an open letter on Sept. 6, 2016, from 88 retired U.S. general and admirals:

“The 2016 election affords the American people an urgently needed opportunity to make a long-overdue course correction in our national security posture and policy. As retired senior leaders of America’s military, we believe that such a change can only be made by someone who has not been deeply involved with, and substantially responsible for, the hollowing out of our military and the burgeoning threats facing our country around the world. For this reason, we support Donald Trump’s candidacy to be our next Commander-in-Chief.

For the past eight years, America’s armed forces have been subjected to a series of ill-considered and debilitating budget cuts, policy choices and combat operations that have left the superb men and women in uniform less capable of performing their vital missions in the future than we require them to be.

Simultaneously, enemies of this country have been emboldened, sensing weakness and irresolution in Washington and opportunities for aggression at our expense and that of other freedom-loving nations.

In our professional judgment, the combined effect is potentially extremely perilous. That is especially the case if our government persists in the practices that have brought us to this present pass.

For this reason, we support Donald Trump and his commitment to rebuild our military, to secure our borders, to defeat our Islamic supremacist adversaries and restore law and order domestically. We urge our fellow Americans to do the same.”

Two days later on Sept. 8, another 21 retired U.S. generals and admirals joined the list, followed by 31 more the next day, on Sept. 9, and another 44 on Sept. 16, bringing the total number of flag officers who have endorsed Trump to 184.

Below is the list, as of Sept. 16, 2016, of the retired U.S. generals and admirals, who are endorsing Trump for President and Commander-In-Chief:

Dr. Eowyn’s post was first published at Fellowship of the Minds