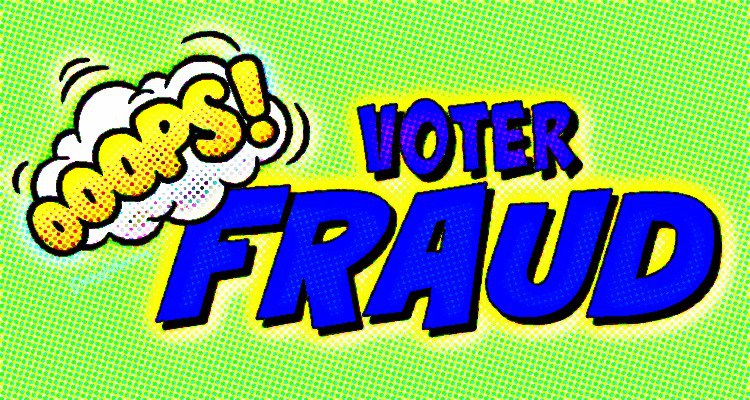 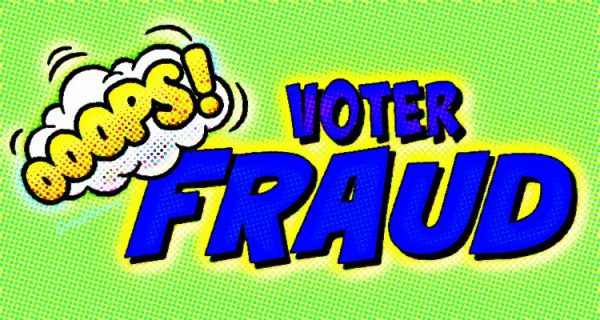 Remember the last debate when the internet blew up because Donald Trump said he wouldn’t necessarily accept the results of the election? People were bemoaning him as a fascist and no one in the mainstream wanted to admit that our election process is entirely rigged. The trouble is, voter fraud on a grand scale can be tough to prove.

As it turns out, voter fraud on a smaller scale has been detected in 6 locations already, according to today’s Drudge Report. But don’t worry. These are just “glitches” or “too few to make a difference.”

In the Windy City, the dead have been voting for decades. Two investigators have admitted finding proof of this, but they refuse to say that there is fraud. Relatives of the Voting Dead feel differently. They say that they’ve reported the deaths of their loved ones repeatedly, but that the names have not been removed from the rolls. But that isn’t the worst of it – not only are these people on the rolls – they’ve repeatedly voted since their deaths.

Don’t worry, though. It’s just a few hundred dead voters that they’ve been able to confirm. No biggie. (source)

Chicago is not alone with the dead folks voting.There are also reports from Philadelphia that people are making their voices heard from beyond the grave. *cough* Local station Action News 6 investigated and found that a stunning number of people have been deemed “active voters” for many years since their deaths.

Don’t worry, though. The local voting board says these mistakes are simply “human error” and that there aren’t enough dead voters to actually sway the election. (source)

A woman in Maryland has reported another incidence of “vote flipping.” She voted a straight Republican ticket, then checked after it was submitted. Her vote for Trump had been switched to a vote for Clinton.

Two women have been charged with felony counts of tampering with the election. One, a temporary election worker, was caught marking ballots by her co-workers. The other was caught filling out voter registration paperwork for people who did not exist.

Don’t worry, though. These were isolated incidents that have been dealt with. In the words of State Attorney Katherine Fernández Rundle, a Democrat, “Anyone who attempts to undermine the democratic process should recognize that there is an enforcement partnership between the elections department and our prosecution task force in place to thwart such efforts and arrest those involved. Now we need to move forward with the election.” (source)

A guy in Virginia who was formerly employed by the New Virginia Majority, an advocacy group aligned with the Democratic party, was caught using fake names to fill out voter registration applications.

But don’t worry. Commonwealth Attorney Bryan Porter said, “Since the fraudulent applications involved fictitious people, had the fraud not been uncovered the risk of actual fraudulent votes being cast was low.” (source)

6) Lots of places in Texas

Much like the report in Maryland, voters in various locations in Texas have reported that when they chose a straight Republican ticket, the voting machines opted for Clinton/Kaine instead of Trump/Pence. Voters in Amarillo, Arlington, Corpus Christi, San Antonio, Cypress, Mesquite, and El Paso have all reported vote flipping from Trump to Clinton.

If you’re worried about election fraud…

You can add a smartphone app by True the Vote called VoteStand to report incidents of fraud. Don’t let anything slide. If you are voting, make sure your choice is accurately recorded.