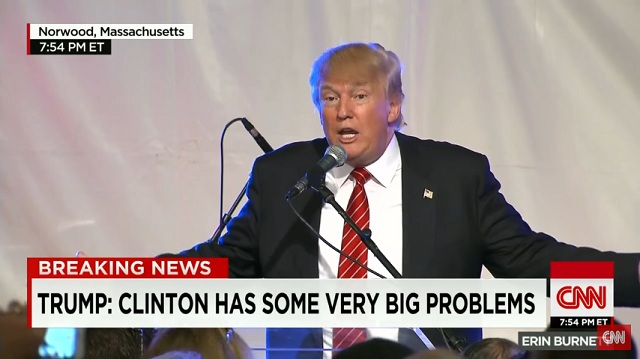 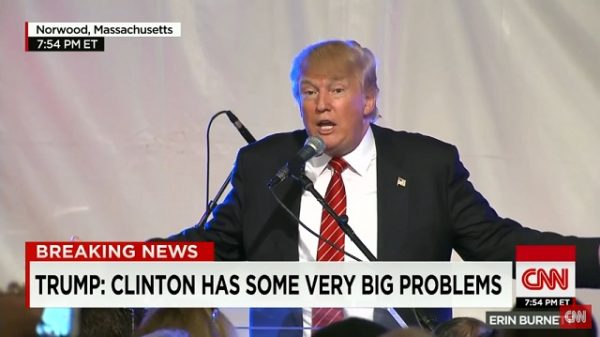 “Think about it. So Huma is getting classified secrets. She’s married to Anthony Weiner, who is a pervert. He is. So these are confidential documents,” he said.

“If you think that Huma isn’t telling Anthony—who she is probably desperately in love with, in all fairness to Anthony, because why else would she marry this guy? Can you believe it? She can’t see straight. Think of it.”

Donald Trump was viciously attacked by Clinton Spokesman Nick Merrill at the time for the comments: “Donald Trump has spent the summer saying offensive things about women, but there is no place for patently false, personal attacks towards a staff member. He should be ashamed of himself, and others in his own party should take a moment to stand up to him and draw the line for once. It’s embarrassing to watch, frankly.”

I wonder if Merrill will come out and apologize?