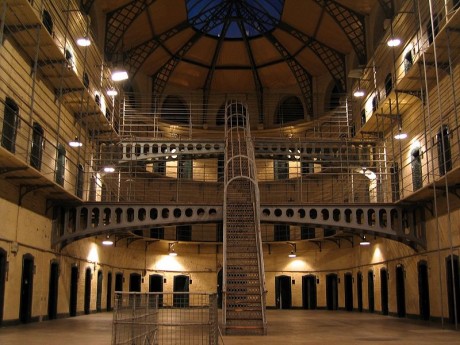 In the world of politics, the cover-up is often worse than the original crime.  It was his role in the Watergate cover-up that took down Richard Nixon, and now Hillary Clinton’s cover-up of her email scandal could send her to prison for a very, very long time.  When news broke that the FBI has renewed its investigation into Hillary Clinton’s emails, it sent shockwaves throughout the political world.  But this time around, we aren’t just talking about an investigation into the mishandling of classified documents.  I haven’t heard anyone talking about this, but if the FBI discovers that Hillary Clinton altered, destroyed or concealed any emails that should have been turned over to the FBI during the original investigation, she could be charged with obstruction of justice.  That would immediately end her political career, and if she was found guilty it could send her to prison for the rest of her life.

I have not seen a single news report mention the phrase “obstruction of justice” yet, but I am convinced that there is a very good chance that this is where this scandal is heading.  The following is the relevant part of the federal statute that deals with obstruction of justice…

Whoever knowingly alters, destroys, mutilates, conceals, covers up, falsified, or makes a false entry in any record, document, or tangible object with the intent to impede, obstruct, or influence the investigation or proper administration of any matter within the jurisdiction of any department or agency of the United States or any case filed under Title 11, or in relation to or contemplation of any such matter or case, shall be fined under this title, imprisoned not more than 20 years, or both.

If Hillary Clinton is sent to prison for 20 years, that would essentially be for the rest of her life.

I have a feeling that the FBI is going to find a great deal of evidence of obstruction of justice in Huma Abedin’s emails.  But unfortunately there is not likely to be a resolution to this matter before November 8th, because according to the Wall Street Journal there are approximately 650,000 emails to search through…

As federal agents prepare to scour roughly 650,000 emails to see how many relate to a prior probe of Hillary Clinton’s email use, the surprise disclosure that investigators were pursuing the potential new evidence lays bare building tensions inside the bureau and the Justice Department over how to investigate the Democratic presidential nominee.

Metadata found on the laptop used by former Rep. Anthony Weiner and his estranged wife Huma Abedin, a close Clinton aide, suggests there may be thousands of emails sent to or from the private server that Mrs. Clinton used while she was secretary of state, according to people familiar with the matter. It will take weeks, at a minimum, to determine whether those messages are work-related from the time Ms. Abedin served with Mrs. Clinton at the State Department; how many are duplicates of emails already reviewed by the Federal Bureau of Investigation; and whether they include either classified information or important new evidence in the Clinton email probe.

At this point, FBI officials have not even begun searching through the emails, because a search warrant has not been secured yet.  The following comes from CNN…

Government lawyers haven’t yet approached Abedin’s lawyers to seek an agreement to conduct the search. Sources earlier told CNN that those discussions had begun, but the law enforcement officials now say they have not.

Either way, government lawyers plan to seek a search warrant from a judge to conduct the search of the computer, the law enforcement officials said.

But the FBI is reportedly already searching a laptop that was co-owned by Anthony Weiner and Huma Abedin, and no warrant was necessary for that search because Weiner is cooperating with the FBI.

Many have been wondering why FBI Director James Comey would choose to make such a bold move just over a week until election day.  Surely he had to know that this would have a dramatic impact on the election, and it is unlikely that he would have done so unless someone had already found something really big.  In addition, Comey was reportedly eager to find an opportunity to redeem himself in the eyes of his peers at the FBI.  The following is an excerpt from a Daily Mail article that was written by Ed Klein, the author of a recently released New York Times bestseller about the Clintons entitled “Guilty As Sin“…

‘The atmosphere at the FBI has been toxic ever since Jim announced last July that he wouldn’t recommend an indictment against Hillary,’ said the source, a close friend who has known Comey for nearly two decades, shares family outings with him, and accompanies him to Catholic mass every week.

‘Some people, including department heads, stopped talking to Jim, and even ignored his greetings when they passed him in the hall,’ said the source. ‘They felt that he betrayed them and brought disgrace on the bureau by letting Hillary off with a slap on the wrist.’

According to the source, Comey fretted over the problem for months and discussed it at great length with his wife, Patrice.

He told his wife that he was depressed by the stack of resignation letters piling up on his desk from disaffected agents. The letters reminded him every day that morale in the FBI had hit rock bottom.

So what happens next?

In the most likely scenario, the FBI will not have time to complete the investigation and decide whether or not to charge Hillary Clinton before the election.  This means that we would go into November 8th with this scandal hanging over the Clinton campaign, and that would seem to be very good news for Donald Trump.

However, it is possible that once the FBI starts searching through these emails that they could come to the conclusion very rapidly that charges against Clinton are warranted, and if that happens we could still see some sort of announcement before election day.

In the unlikely event that does happen, we could actually see Hillary Clinton forced out of the race before November 8th.

Once again, this appears to be very unlikely at this point, but it is still possible.

If Clinton was forced to step aside, the Democrats would need to come up with a new nominee, and that process would take time.  In an article later today on The Most Important News I will reveal who I believe that nominee would be.

In such a scenario, the Democrats would desperately need time to get their act together, and so we could actually see Barack Obama attempt to delay or suspend the election.  The legality of such a move is highly questionable, but Barack Obama has not allowed a little thing like the U.S. Constitution to stop him in the past.

This week is going to be exceedingly interesting – that is for sure.

The craziest election in modern American history just keeps getting crazier, and I have a feeling that even more twists and turns are ahead.

It sure seems ironic that Anthony Weiner is playing such a central role this late in the story, and I can’t wait to see what is in store for the season finale.