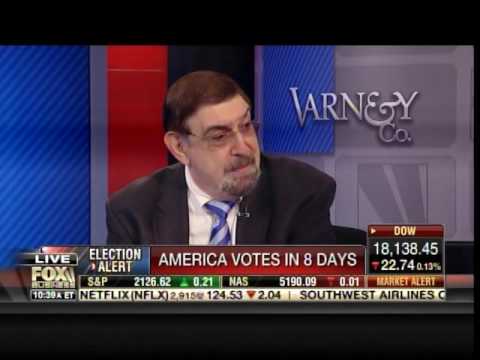 According to former Jimmy Carter pollster Pat Caddell, Hillary Clinton is hemorrhaging support as a result of the FBI announcement and we could see a repeat of the 1980 election when anti-establishment candidate Ronald Reagan won in a landslide.

Caddell drew comparisons to the 1980 presidential race, which was close right up until the final days before the electorate abandoned Carter and rallied around the anti-establishment candidate, leading to Reagan taking victory in a landslide.

Caddell noted that Carter’s entire campaign had been built around portraying Reagan as unqualified and “dangerous,” in a similar vein to how Clinton has demonized Trump.

Caddell explained that the polling between Reagan and Carter was close up until the final weekend when “the dam broke” and Reagan shot ahead by ten points.

Stating that he had been looking at the data regarding unfavorability ratings for both Clinton and Trump, Caddell noted that since Friday, large numbers of voters had been structurally “moving against the status quo – the incumbent who is essentially Hillary Clinton.”

Caddell said that the latest information regarding the FBI re-opening its investigation into Hillary’s email scandal was the “popper” that “could open up significantly before it’s over,” meaning it would be the decisive factor that enables Trump to defeat Hillary.