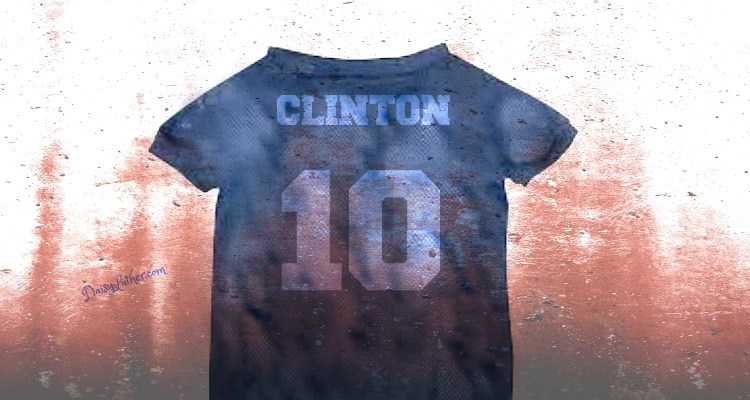 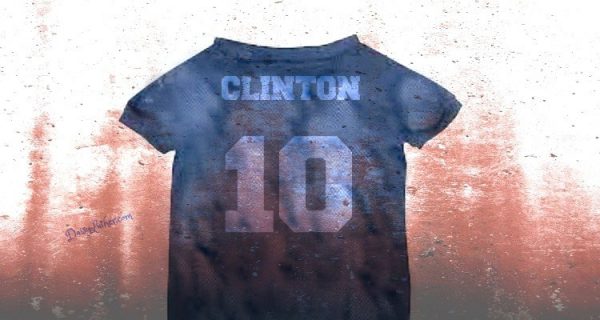 When you roll around with pigs, you shouldn’t be surprised when you end up covered in crap.

That is the harsh lesson being learned by those in Hillary Clinton’s inner circle right now.

Between the revelations divulged by Wikileaks and the recently reopened FBI investigation, here are the people I predict are going to get dirty if there’s any actual justice done:

Wasserman-Schultz was the first to take a public campaign hit for Hillary Clinton. It was divulged through leaked emails (the day before the Democratic National Convention started, incidentally) that Wasserman-Schultz had totally rigged the primary and worked against popular candidate Bernie Sanders in direct violation of the Impartiality Clause of the DNC charter to make certain that the nomination went to Clinton.

Despite her best efforts, many say that the vote went to Sanders but that the nomination was somehow still given to Clinton after a “re-vote.” After being booed by an enraged crowd of Democrats, Wasserman-Schultz was forced to step down from her role as chairperson but was immediately hired by the Clinton campaign.

Somehow, astoundingly, she still won her own primary bid and may retain her seat in Congress. I guess she really is good at what she does. She has been personally named in a lawsuit claiming fraud on her part in the DNC primary rigging.

Donna Brazile was a CNN political analyst and serves as the interim chairperson of the Democratic National Committee in the wake of the Wasserman-Schultz debacle. I say “was” a CNN political analyst for an excellent reason. In light of the fact that she has been busted unfairly giving Clinton questions ahead of her “impromptu” Town Hall meetings, CNN has decided to part ways with Brazile.

“We are completely uncomfortable with what we have learned about her interactions with the Clinton campaign while she was a CNN contributor,” Lauren Pratapas, a network spokeswoman, said in a statement. (source)

Robert Creamer is a political consultant for the DNC and Hillary Clinton. Ironically, you can find him on a website called “Democracy Partners.” He and Scott Foval were caught on video planning agitators for Trump rallies,  inciting violence at Trump rallies, and plotting to rig the election.  Project Veritas released the video footage in three parts:

Creamer resigned from the Clinton campaign after the videos were released. A formal complaint filed with the Federal Elections Commission names Creamer.

Foval was in cahoots with Creamer in the Project Veritas videos mentioned above. He was the national field director for Americans United For Change. According to a report on Town Hall:

Foval…is very open about how he’s hired homeless people and the mentally ill to create havoc at political events, though he says that he will always remember to make sure to pay for the bail, or hospital bill, for any one of his operatives that get roughed up or arrested at these venues.“We’re starting anarchy here,” said Foval. (source)

Americans United For Change fired Foval due to the information released about him in the Project Veritas videos. A formal complaint has been filed with the Federal Elections Commission against him, too.

Huma is central to the entire mess. She is Hillary Clinton’s closest aide and has been working for HRC since she was a 19-year-old intern. (Hillary seems to have kept Huma out from under Bill’s desk in the Oval Office.)

Huma is also the estranged with of pervy Anthony Weiner. The fact that her device was linked with his device (get your mind out of the gutter) allowed for the discovery of 650,000 new emails. This discovery was made when FBI was investigating Weiner’s offense of sexting with an underaged girl (not his first of these offenses, by the way.)

So far, Huma still seems to be in Hillary’s good graces, but that could change. Huma knows all of the secrets, and if enough pressure was applied, might turn on the Clintons in exchange for a deal. Huma is currently under investigation for her potential involvement in the peddling of political influence, financial crimes, and, of course, those annoying top secret emails found on private, unsecured servers. As well, she lied under oath and said that she had disclosed all of the emails, which means she perjured herself.

Unfortunately, the person investigating her involvement is none other than John Podesta’s BFF Peter Kadzik. Don’t hold your breath waiting for her to be charged with any of these crimes unless she goes down as a sacrificial lamb.

If Huma were to make a deal, it certainly better come with a bodyguard for life, a blonde wig, and witness protection.

Loretta Lynch is probably rueing the day that she signed on with the Clinton family. I wrote:

It all started to publically go downhill for Lynch during the first investigation into Hillary Clinton’s carelessness with national secrets via her home email server. Right before FBI Director James Comey was to meet with Hillary Clinton to interrogate her about the subject, Lynch was busted having a secret meeting with Bill Clinton…Judicial Watch has filed a lawsuit for “all records” related to the illicit meeting between Attorney General Lynch and former President Bill Clinton…

…Last week, AG Lynch blocked a congressional investigation into the cash payments that the Obama administration made to Iran by pleading the Fifth. (source)

And then, of course, there’s the fact that she tried to get James Comey to keep his mouth shut about the current investigation into Clinton and her ill-fated emails.

John Podesta is the guy who let the fox into the henhouse by opening up his Gmail to a phisher.  Then, his emails got hacked (you know, the ones he said should be dumped) and uploaded to Wikileaks, and the rest is history.

He is currently under FBI investigation for his part in the Clinton Foundation during the time that all of the influence-peddling was occurring. A memo by Doug Band that contained the line, “I’m starting to worry that if this story gets out, we are screwed” strongly implicates Podesta. The memo showed the financial dealings between Bill Clinton’s for-profit activities and the foundation.

Podesta hasn’t been canned yet, and I suspect that’s because he knows too much. He’s still in there trying to pull Hillary’s fat out of the fire. Heck, his bestie over at the Department of Justice, Peter Kadzik, is the one in charge of “investigating” Huma’s emails. However, I’ll bet Podesta’s watching his back, not lifting weights, and being very careful not to get mysteriously mugged.

Cheryl Mills is another central character who may not fare too well as all of this information comes out. She is an attorney who knows a lot of dirty secrets. She advised Bill Clinton during his impeachment and advised Hillary Clinton during the first email investigation.

Mills seems less willing to go down with the ship. She made an immunity deal (with the DoJ, not the FBI according to James Comey) and handed over her laptop to the FBI. Somehow, the deal also allowed for Mills’ laptop to be destroyed by the FBI. That’s not suspicious at all. In a perfect world, the new investigation will void her immunity.

Mills also served two separate tenures as director of the Clinton Foundation. It is possible she is the key to the monetized access through the Foundation to then-Secretary of State Clinton. A NY Post report referred to Mills as “the mastermind behind the email cover-up.”

“The FBI saw massive document destruction and clear intent to withhold material evidence,” he added, “and they just ignored that obstruction, and even let her sit in on the interview.”

The smoking gun is on Page 16 of the FBI’s 47-page report. It details how Mills ultimately made the determinations about which emails should be preserved before she and Clinton decided to delete the rest as “personal.” Clinton conducted both government and personal business using a personal email account — clintonemail.com — tied to an unsecured server set up in the basement of her New York home.

The FBI makes clear the procedure Mills used to sort out the emails was suspicious.

Doug Band made the Clintons rich beyond their wildest dreams.

Because of his part in selling their influence via the Clinton Foundation, he is directly under the FBI microscope. Numerous emails have emerged between Band, Podesta, Mills, and Abedin in which Band refers to donors as “friends” or “good friends” who wanted access to the Clintons.

Financially, all roads lead back to Band, the president of Teneo Holdings. The Atlantic reported on a memo written by Douglas Band himself:

Independent of our fundraising and decision-making activities on behalf of the Foundation, we have dedicated ourselves to helping the President secure and engage in for-profit activities – including speeches, books, and advisory service engagements. In that context, we have in effect served as agents, lawyers, managers and implementers to secure speaking, business and advisory service deals. In support of the President’s for-profit activity, we also have solicited and obtained, as appropriate, in-kind services for the President and his family – for personal travel, hospitality, vacation and the like. Neither Justin nor I are separately compensated for these activities (e.g., we do not receive a fee for, or percentage11 of, the more than $50 million in for-profit activity we have personally helped to secure for President Clinton to date or the $66 million in future contracts, should he choose to continue with those engagements).

With respect to business deals for his advisory services, Justin and I found, developed and brought to President Clinton multiple arrangements for him to accept or reject. Of his current 4 arrangements, we secured all of them; and, we have helped manage and maintain all of his for-profit business relationships. Since 2001, President Clinton’s business arrangements have yielded more than $30 million for him personally, with $66 million to be paid out over the next nine years should he choose to continue with the current engagements.

Despite this, Band no longer appears to be in the inner circle once he resigned from the Foundation in 2015. After butting heads one too many times with Chelsea Clinton, he seems to have been cast out, despite the millions he made for the family through improper means.

Band is a key target in the FBI’s probe of the Clinton Foundation and its alleged influence-peddling. I would imagine this makes Band, with all of his knowledge, an incredible threat to the Clinton Empire.

Although it was his link to the Clintons through his estranged wife Huma that caused his pervy behavior to be under public scrutiny, unlike all the others, Anthony Weiner may benefit from the Clinton fiasco.

Even though he’s a repugnant individual, the hubbub about Hillary is taking everyone’s attention away from his d*** pics. But perhaps he benefits even more. Do you think he may have made a deal? Apparently, he handed over the laptop without argument, which means a warrant was not required. Perhaps they’ll go easy on his propensity for sending very personal selfies in return for his testimony and/or cooperation.

Who do you think will be next?

Nope, You Cannot Make This Up: Rand Paul Highlights Inflation While Asking His Constituents For Support In Putting A Stop To Inflation!
September 24th, 2022 Sons of Liberty Media