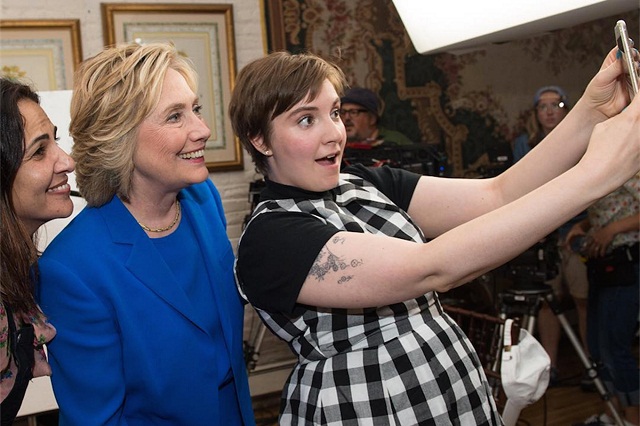 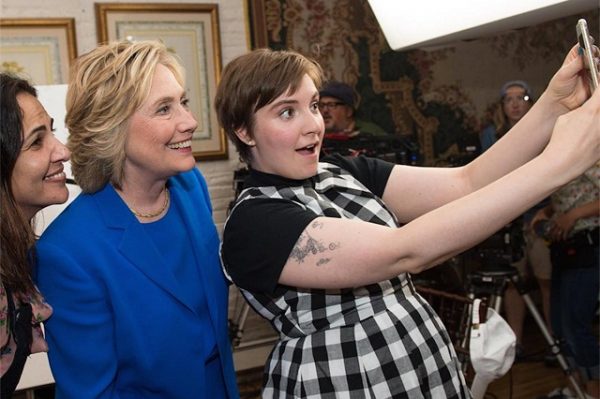 Hillary Clinton surrogate Lena Dunham produced a sickening sketch with her father where the two celebrate the “extinction” of “straight white men.”

The sketch, which she shared November 2nd on Twitter, begins with Lena asking her father, “How are you feeling about the extinction of white men?” “I think, uh, straight white guys have been screwing things up for long enough. High time for straight white males to, uh, step back and let some other people do it,” he says.

It's not the end of men, it's the evolution of men into better men. (beautiful animation by Sophie Koko Gate!) pic.twitter.com/Qtf0xyT5Ad

Lena Dunham was out campaigning for Hillary Clinton last week in North Carolina. She told an audience while being filmed by ABC News: “White patriarchy is like a beast in a movie that’s been stabbed and is just dying so slow and screaming as it goes down, and I just am afraid of what that’s going to look like.”

Does Hillary Clinton agree with her surrogate that all white men should be killed so other people can take their place?