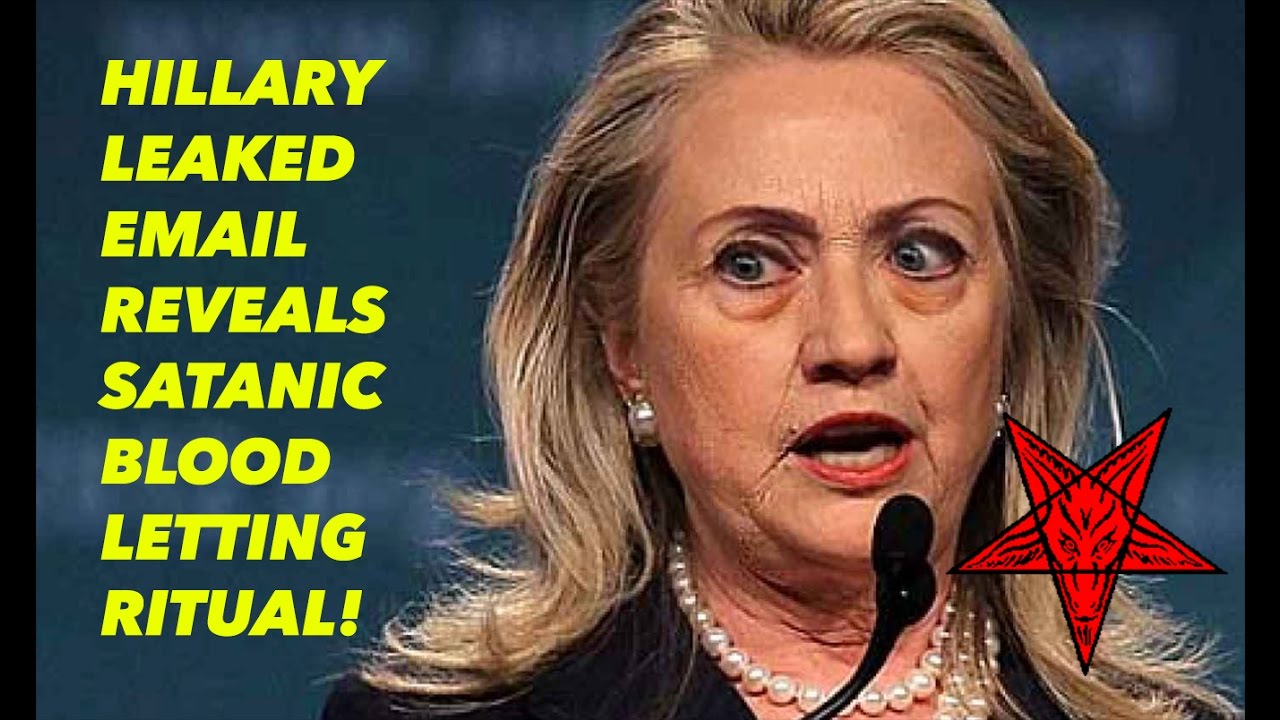 The recent bombshell regarding John Podesta’s “spirit cooking” ties is far more than disturbing, but slightly less than surprising.

Hillary Clinton has been letting us know for years that she has a deep disgust for God and a deeper appreciation for satan.

How could a true woman of God do any of the horrible things she has done?

Though few have come out and said it, it is clear that many think Hillary is a satanist.

Remember Ben Carson at the RNC?

Clinton was a frequent pen pal of Alinsky, if not something more.

For those who don’t know, Alinsky was a known satanist who actually dedicated his book, Rules for Radicals, to Lucifer.

As we reported last year a former Clinton associate made the startling accusation that Hillary is indeed a satanist:

Larry Nichols is a former Green Beret and a longtime associate of Bill Clinton. The two men first met in the late 1970s when Bill was an up-and-coming politician. When Bill was Arkansas governor, Nichols was the marketing director of the Arkansas Development Finance Authority, an Arkansas state agency that was one of the entities investigated by the Senate Whitewater Committee.

On the Pete Santilli radio show of September 24, 2013, Nichols admitted that he had killed people as the Clintons’ hit man or murderer-for-hire. (See “Bombshell: Long-time Clinton associate says he killed people for Bill & Hillary“)

On June 24, 2015, interviewed by Alex Jones for InfoWars, Nichols dropped another bombshell. He said, beginning at the 28:44 mark in the audio above:

“Back when Hillary was first lady, she would go home on the weekends to California with Linda Bloodworth-Thomason and some of the [inaudible] women, and they went to a church for witches. Witches,witches, witches…. You know that lady that was tryin’ to run for the Senate and sometimes she’d gone to some place where they did witch stuff? Hillary went to a church and worshiped Satan.”

Back in May, video exposed Hillary cackling with glee as the words “under God” were omitted from the Pledge of Allegiance at one of her rallies.

So should we be surprised that her campaign chair, John Podesta, is engaging in bizarre satanic sex rituals?

Spirit cooker and Podesta associate Marina Abramovic donated the maximum amount allowable to the Hillary campaign back in May.

So is Hillary a satanist?

I certainly know what I believe.

A lot has been made of her potentially being the first woman president.

Some say she will be the first lesbian president as well.

But I believe that a Hillary presidency would put a satanist in The People’s House.

The first satanic president of one nation under God.