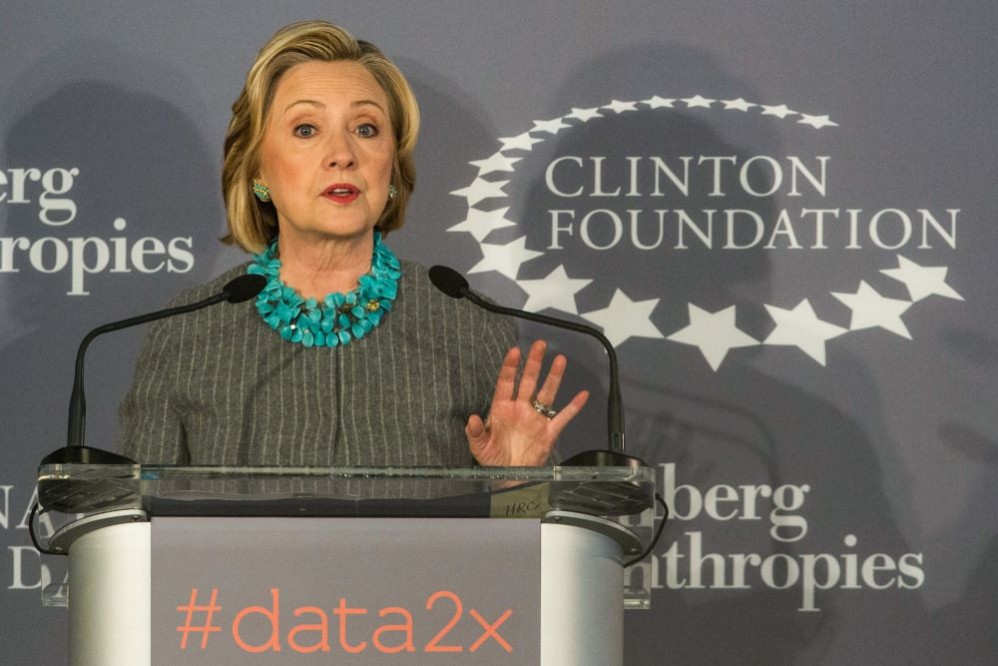 Breaking: leaked 2008 memo from attorney Kumiki Gibson to Clinton Foundation chairman Bruce Lindsay. Gibson had been hired to do an independent assessment of the Foundation’s practices.

Below are key quotes from Gibson’s findings. Keep in mind that the Clinton Foundation’s very existence depends on it being legally certified as a non-profit entity, in compliance with laws governing non-profits. Break those laws and its non-profit status would be revoked, and the whole operation would go down the drain.

Gibson: “Important responsibilities regarding corporate filings are delegated to the [Foundation] CFO, who appears to delegate them to an outside organization, with very little oversight by the legal department. As a result, the Foundation is not in compliance with the filings rules, including in New York, which requires the Foundation to be certified to do business in the State.” [Apparently, the Clinton Foundation was not legally registered as a non-profit in New York.]

Gibson: “No matter what the leadership decides about the larger, over-arching question, it must act immediately to bring the Foundation into compliance with the law and standards that govern not-for-profits, and must create strong legal and HR offices so to prevent any lapses in the future.”

Gibson: “The Foundation does not have a record retention policy[!], and the procedures currently utilized in Harlem [headquarters] may violate the law.”

Zero Hedge writes: “Furthermore, and more troubling, the [Gibson] review pointed to a high-ranking but unnamed foundation executive who was ‘being paid by [President Clinton], the government and the foundation’ who ‘allowed the foundation to host what may have been (or may have been viewed as) a political event, apparently without official pre-approval from the foundation’s legal department and without regard, before the fact, to the impact of that decision on the foundation’s tax exempt status.’”

This memo was written in 2008. It would have taken then, and it would now take, about a month of investigation by New York State and US Dept. of Justice officials to nail down the particulars and sink the Clinton Foundation.

That didn’t happen then. Will it happen now? Not if the Dept. of Justice has anything to say about it. The Clintons are protected.

But evidence of the Foundation corruption is spreading like wildfire. Some fires are impossible to contain.