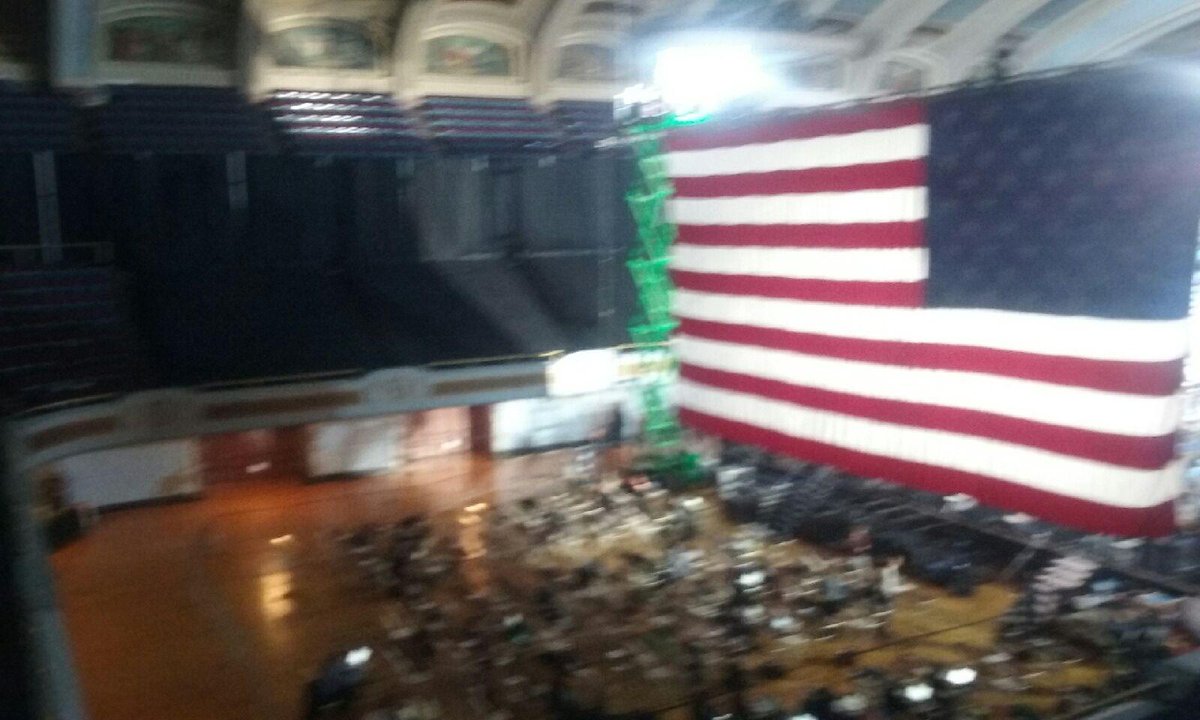 For those who may not know, LeBron James led the Cleveland Cavaliers to last year’s NBA championship.

To say he is adored in Cleveland is an understatement.

Any public appearance by James should draw thousands of rabid fans. Cleveland adores this man more than most cities love their respective sports stars.

Who could blame them? One only need look at the history of the town’s professional sports teams to understand that last year’s championship was huge for this city. (sorry Indians fans, almost…maybe next year)

Despite how the city feels about him, yesterday LeBron hit the campaign trail for Hillary and the results were underwhelming.

The media has been caught “photoshopping” Clinton rallies this campaign season to make it appear that Hillary has momentum on her side. Yet nothing could be further from the truth and the media deceit continued in Cleveland on Sunday.

Kit Daniels reports that LeBron James drew just a few hundred people to see him speak in Cleveland, apparently because he was there in support of Hillary Clinton:

Hillary Clinton couldn’t fill up the Public Auditorium in Cleveland, Ohio, despite Cavaliers star LeBron James speaking at the event.

Only a few hundred reportedly showed up to the Sunday event in the battleground state, which is well under the 10,000 seating capacity.

Maybe people were just waiting for Alex Jones’ tweet, rather than seeing it live.

Facebook facilitated a live broadcast of the event which was reported to have drawn less than 5500 viewers:

Daniels reports that those numbers were quickly embellished by the left-leaning Facebook:

Likewise, it appears Facebook may have inflated the viewcount of the Hillary’s Cleveland speech; despite the low viewcount during the livestream, Hillary suddenly had nearly a million “views” of her speech 30 minutes after the event.

This is just further evidence that the polls and the media can not be trusted. If the election is fair, Trump will win in a landslide of epic proportions.

We will begin to find out on Tuesday evening.

But if you think the establishment media is willing to report the real vote counts, and thus admit that they have been lying all along, then think again. Get out and vote your conscience and pray. Make them prove their dishonesty one more time before we move on to plan-B.

To see more, including the spin put on this rally by the mainstream media, please visit our friends at Prison Planet.