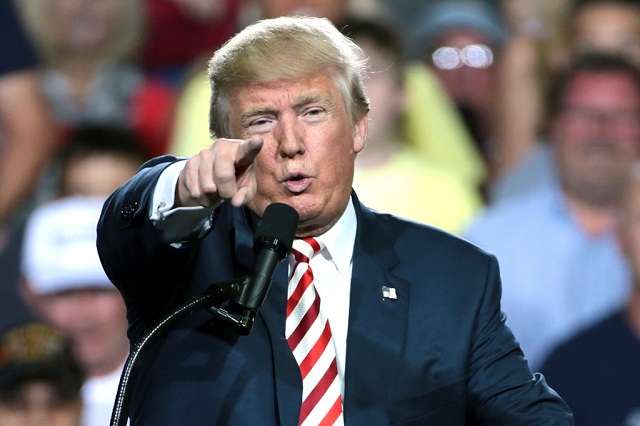 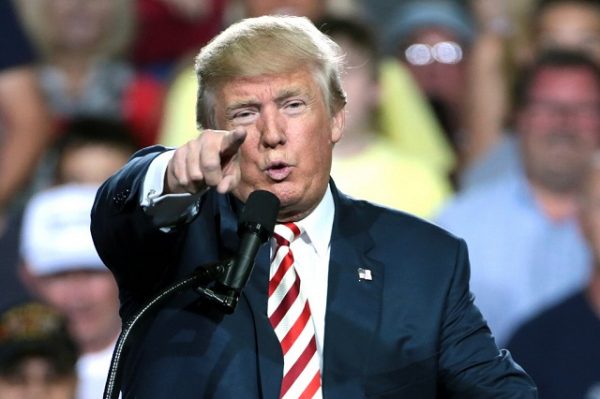 “Hillary Clinton is guilty — she knows it, the FBI knows it, the people know it, and now it’s up to the American people to deliver justice at the ballot box on November 8.”

STERLING HEIGHTS, Michigan (CNN) — Donald Trump urged voters Sunday to “deliver justice at the ballot box” on Election Day, hours after the FBI announced that its review of newly discovered emails did not change its earlier conclusion to not recommend charges against Hillary Clinton.

Trump, speaking at a rally here, did not directly refer to FBI Director James Comey’s announcement. But his remarks amounted to his first public response to the decision, and the Republican nominee argued that Clinton is “guilty” of federal crimes and said a “rigged” system was protecting Clinton.

“Hillary Clinton is guilty. She knows it, the FBI knows it, the people know it, and now it’s up to the American people to deliver justice at the ballot box on November 8,” Trump said. “Unbelievable. Unbelievable how she gets away with it.”

Trump also cast doubt on Comey’s conclusions, just over a week after the Republican nominee praised the FBI director for announcing the review of the emails, which were discovered as part of the bureau’s investigation into Anthony Weiner’s sexting.

“Right now, she is being protected by a rigged system. It’s a totally rigged system. You can’t review 650,000 emails in eight days. You can’t do it folks,” Trump said, mischaracterizing the number of emails the FBI was reviewing for connections into the private server Clinton used as secretary of state.

The only reason Comey didn’t issue an indictment is because he already ruled Hillary Clinton can break the law with impunity.

It just came out she had her maid printing out classified materials.

Clinton directed her maid to print out classified materials – This is criminal. https://t.co/euqGpHbkNH pic.twitter.com/kZe4Kj1CtS

It also came out she deleted an email showing she sent classified information to Chelsea:

Any “commoner” in her position would have been thrown in prison the first go around, but Hillary Clinton is above the law. This is the broken, rigged system Donald Trump is trying to change.

Everyone who wants to see justice needs to vote for Trump and get all their friends and family to the polls November 8th.