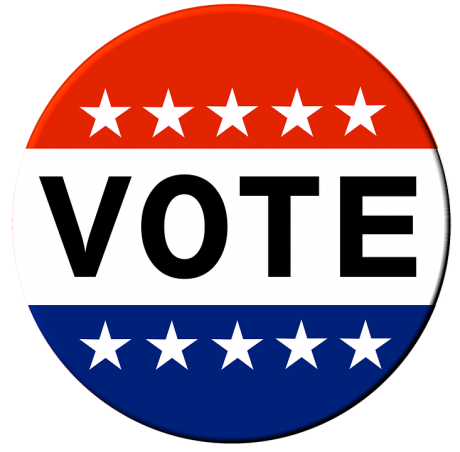 If you want Donald Trump to win the election, then you have got to be encouraged by what you are seeing so far.  Early voting has already been going on in a number of the most important battleground states, and up to this point the numbers seem to support the theory that Donald Trump is doing significantly better in key swing states than Mitt Romney did in 2012.  As you will see below, the latest numbers released by Florida, North Carolina, Colorado and Arizona all have good news for the Trump campaign.  Without a doubt, I still have an ominous feeling about what is going to happen, but so far at least there are some encouraging signs.

Early voting has become extremely popular in Florida, and at this point close to half of all voters in the state have already cast their ballots.

Donald Trump cannot win the election without Florida’s 29 electoral votes, and so to say that this is a “must win” for the Trump campaign would be a massive understatement.

Fortunately, the Trump campaign appears to be doing much better in Florida than the Romney campaign did in 2012.  The following comes from Politico…

Florida Democrats increased their lead over Republicans in casting pre-Election Day ballots to nearly 33,000 as of Sunday morning, but the sheer number of new voters and independents makes it tougher than ever for experts to say whether Hillary Clinton has a clear advantage over Donald Trump in the nation’s biggest battleground state.

Of the record 6.1 million in-person early votes and absentee ballots cast, Democrats have an advantage over Republicans of only 0.5 percentage points, with each party casting roughly 39 percent of the ballots. Though it’s a lead for Democrats, they’re not going to match their 3.7-percentage-point lead in early votes by Election Day they enjoyed in 2012. And Republicans tend to outvote Democrats on Election Day in Florida.

On Monday, updated numbers for Florida were released, and we found out that the Democrats had increased their lead to about 87,000 votes.  But Trump is still doing much better than Romney was at this stage.

And the Trump campaign also has to be happy about the fact that first-time voters account for 25 percent of all the votes cast so far.  Throughout this election cycle Trump has shown that he can bring out people that have never voted before, and so officials in the Trump campaign have to be smiling about this.

However, one sign of trouble for the Trump campaign is the fact that there has been a 100 percent increase in early voting by Hispanics in Florida compared to 2012, and this appears to be fueled by dislike for Trump.  The following comes from the Miami Herald…

Through Saturday, 565,000 Hispanics had completed early in-person voting in Florida, a 100 percent increase over 2012, according to an analysis by Dan Smith, a University of Florida political science professor who tracks voting data.

Including absentee ballots, 911,000 Hispanics have voted — more than a third of whom did not vote in 2012. “We’re witnessing explosive early voting turnout of Hispanics — both those newly registered to vote as well as those who sat on the sidelines in 2012,” Smith said.

As discussed above, Republicans tend to outvote Democrats on Election Day in Florida, so the key for the Trump campaign will be to have the same kind of Election Day turnout that the Romney campaign had in 2012.

If Trump wins Florida, he will have a legitimate shot at winning the election, but if he loses the state it will be virtually impossible for him to make up those 29 electoral votes elsewhere on the map.

Another dramatic turn of events is being reported out of North Carolina this afternoon: Donald Trump has jumped past all expectations in early voting!

North Carolina is another of the key battleground states that is going to help decide the election.  While not as important as Florida, the truth is that Donald Trump pretty much has to have it to have a legitimate shot.

All along, most of the pundits have pretty much assumed that Hillary Clinton was going to win Colorado.

Republicans took the lead in early voting in Colorado at the end of the day Friday and held the advantage through the weekend despite robust Democratic get-out-the-vote efforts.

If Donald Trump could find a way to actually win Colorado, that would definitely lessen the pressure of having to win Nevada where he is not doing nearly as well so far.

The state of Arizona used to be considered “deep red” territory, but during this election cycle it has been considered a battleground state.

Fortunately for Trump the poll numbers in Arizona have shifted in his direction in recent days, and the early numbers coming out of the state look very good for him…

In the waning days of the campaign Donald Trump has been criss-crossing the country, and he continues to draw absolutely enormous crowds.  Conservative voters are far more enthusiastic about Trump than they were about Romney, but will it be enough?

The scene here in Sterling Heights, Michigan just before Trump's next rally pic.twitter.com/1OxuTNeXuN

Some Republican strategists are convinced that it will not be enough.  In fact, one of them told CNN that he believes that Hillary Clinton is going to win by “an electoral landslide”…

Hillary Clinton will win in an electoral landslide on Tuesday, but the political baggage she has accumulated over the past year-and-a-half will dissuade congressional Republicans from working with her administration, says longtime Republican political strategist John Weaver.

“I believe she’s going to win in an electoral landslide and be the most unpopular president in electoral history, which is quite the paradox,” Weaver told David Axelrod on “The Axe Files” podcast, produced by the University of Chicago Institute of Politics and CNN.

If they can get just five percent of Republicans to follow them, they could completely alter the outcome of the election.  So let us hope that does not happen.

On a positive note, on Monday we learned that Hillary Clinton has canceled her celebratory fireworks for Tuesday night.  No reason was given for why the fireworks were canceled, but many are taking this as a sign that the Clinton campaign may not be as optimistic as they were previously.

In any event, we don’t have long to wait now until we find out who wins and who loses.

If you want Donald Trump to win, please go vote, because America may never be faced with this kind of a choice again.

I am absolutely convinced that this is a pivotal moment in American history, and on Tuesday night we find out what happens.

May God have mercy on the late, great United States of America.