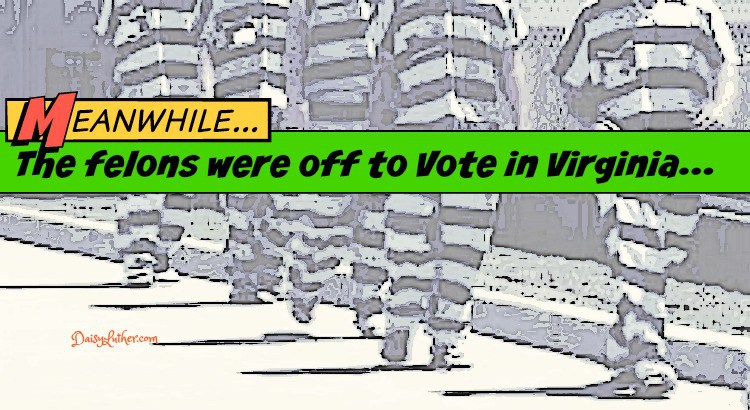 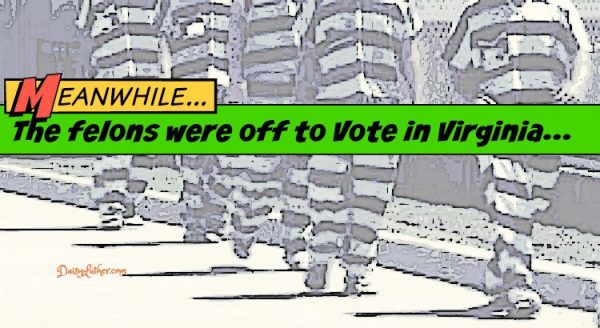 Every time we think we’ve seen the most audacious thing possible regarding the election, something even more audacious happens.

The Clinton camp, still insisting that Hillary   Rodham Clinton is going to have her feet under the desk in the Oval Office, has shown once again that they will stop at nothing to make her the first female president of the United States.

Terry McAuliffe, the Governor of Virginia and the author of What A Party!: My Life Among Democrats: Presidents, Candidates, Donors, Activists, Alligators and Other Wild Animals, is a staunch Clinton supporter and a close friend. So close, in fact, that he co-signed a loan for their mansion in Chautauqua, New York. He is also a former DNC chairman, and we know all about the integrity of the DNC thanks to Wikileaks.

First, here’s the thing you need to know about Virginia. The state has a history of incredibly slim voting margins. For example, in 2014, the US Senate winner was only 17,000 votes ahead of the runner-up, and the Attorney General won by a mere 165 votes.

So clearly, it’s a state that could easily go either way.

McAuliffe made his own donation to the Clinton campaign, but it wasn’t with money.

Back in April, he made a sweeping clemency move to restore voting rights to 200,000 convicted felons who had completed their sentences.

In a state with such notoriously slim margins, that would certainly be a game changer, wouldn’t it?

But the Republican state legislators saw through the move and took him to court. The state’s Supreme Court overturned the gesture, allowing “only” the 13,000 felons who had been previously registered to vote to regain that right. Interestingly, during the investigation, it was discovered that 132 registered sex offenders were included in the clemency, as well as some out-of-state murderers who were out on parole.

Not to be stopped by a silly Supreme Court ruling, McAuliffe found a way around it. The Court required that each felon be looked at individually, so the diligent Governor got his grubby hands on a mechanical autopen and rapidly signed thousands more letters, making it seem as though he had personally reviewed each one.

60,000 felons were added to the Virginia voting rolls, just like that.

The Daily Caller News Foundation spoke to Clara Belle Wheeler, vice-chairman of the Virginia Board of Elections, who described the packet that the felons received:

Those who received McAuliffe’s letter also got voter registration forms with pre-paid return postage. No others in Virginia received such a service.

When TheDCNF pointed out that 60,000 could tip an election, Wheeler said “I am acutely and chronically aware of that.” She also noted that McAuliffe has explicitly asked felons to vote for Clinton.

Wheeler said the last-minute, highly unorthodox flood of individual restorations had to be processed by registrars who were already overwhelmed by failing computer systems.

But don’t worry. The election isn’t being rigged at all.