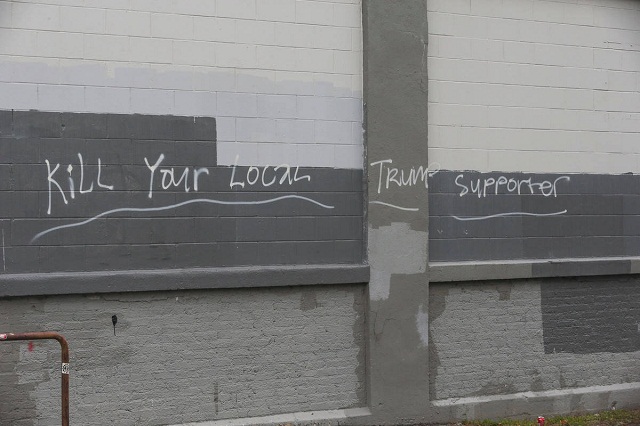 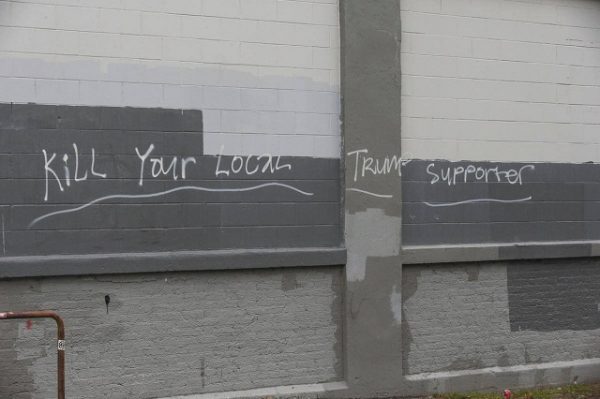 Graffiti discovered over the weekend on the side of a building in Mission Hill was hard to miss.

In large letters, it read, “Kill your local Trump supporter.”

“In a college area, it’s probably a college kid that somehow thinks that’s a proper thing to write at this time, but it shouldn’t make people afraid to come out to vote tomorrow,” Evans said. “We have a few people in our department who are very good at reading graffiti and finding out who’s responsible.”

Evans said police will be out in force across the city on Election Day, and people should not be worried about their safety–he said they should go out and vote knowing his officers will protect their Constitutional right to do so.

This terroristic act of voter intimidation only merited a couple local news stories.

Don’t let these terrorists intimidate you, this is our last chance to save America. Everyone needs to get all their family and friends to the polls today and vote Trump!