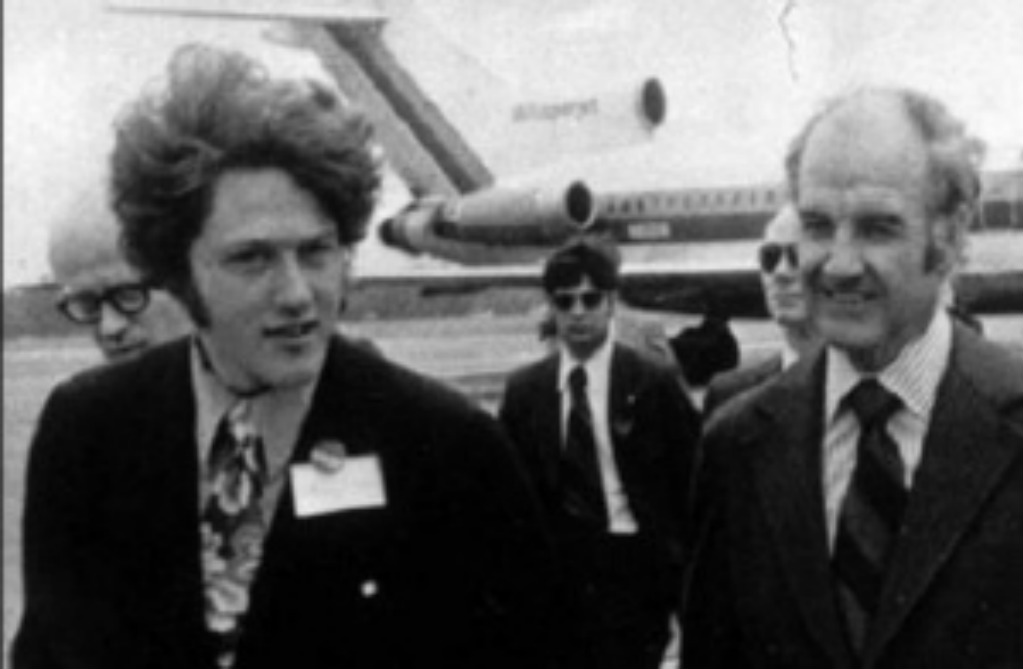 As we close in on the election, it’s important to remember how far back the Clinton-CIA connection goes.

Let us return to the period when Bill Clinton was the Governor of Arkansas—and a 1995 book titled Compromised, by Terry Reed (former CIA asset) and John Cummings (former Newsday reporter).

According to the authors, Bill Clinton was involved with the CIA in some very dirty dealings in Arkansas—and I’m not just talking about the cocaine flights landing at the Mena airport.

It seems Bill had agreed to set up secret CIA weapons-making factories in his home state, under the radar. But because Arkansas, when it comes to money, is all cronies all the time, everybody and his brother found out about the operation and wanted in. Also, Bill was looking for a bigger cut of the action.

This security breach infuriated the CIA, and a 1986 meeting was held to dress down Bill and make him see the error of his ways. His CIA handlers told him they were going to shut down the whole weapons operation, because Bill had screwed up royally. A screaming match ensued—but the CIA people backed off a bit and told Bill he was still “their man” for the upcoming 1992 run for the Presidency.

Of course, there are people who think Reed and Cumming’s book contains fiction, but John Cummings was a top-notch reporter for Newsday. He co-authored the 1990 book, Goombata, about the rise and fall of John Gotti. He exposed US operations to destroy Cuban agriculture with bio-weapons. It’s highly doubtful he would have put his name on Compromised without a deep conviction he was correctly adding up the facts.

Here, from Compromised, is an account of the extraordinary meeting, in Arkansas, between Bill Clinton and his CIA handlers, in March of 1986, six years before Clinton would run for the Presidency. Author Terry Reed, himself a CIA asset at the time, was there. According to the authors, so was Oliver North, and a man named “Robert Johnson,” who was representing CIA head Bill Casey.

“Calm down and listen….We are all in this together…I’m not here to threaten you [Bill]. But there have been mistakes. Bill, you are Mr. Casey’s fair-haired boy. But you do have competition for the job you seek [the US Presidency]. We would never put all eggs in one basket. You and your state have been our greatest asset…Mr. Casey wanted me to pass on to you that unless you fuck up and do something stupid, you’re No. 1 on the short list for a shot at the job you’ve always wanted.

“That’s pretty heady stuff, Bill. So why don’t you help us keep a lid on this [CIA weapons-manufacturing] and we’ll all be promoted together. You and guys like us are the fathers of the new government. Hell, we are the new covenant.”

By this account, Bill Clinton was the CIA’s boy back in 1986, long before he launched himself into his first Presidential campaign.

He was their boy, and they protected him, despite the fact that he had wandered off the reservation.

But now, it’s happening again. Bill and his wife have taken their massive Foundation to new heights of careless, reckless, devil-may-care criminality.

Well, the Clintons are that way, aren’t they? They don’t just push the boundaries of what is legal and moral, they drive a huge tank through the boundaries and shout WHO CARES as they hurtle off to commit new and slimier deeds.

The question is, is the CIA still giving this duo protection and assistance? Or have Agency insiders thrown in the towel and left them out in the cold?