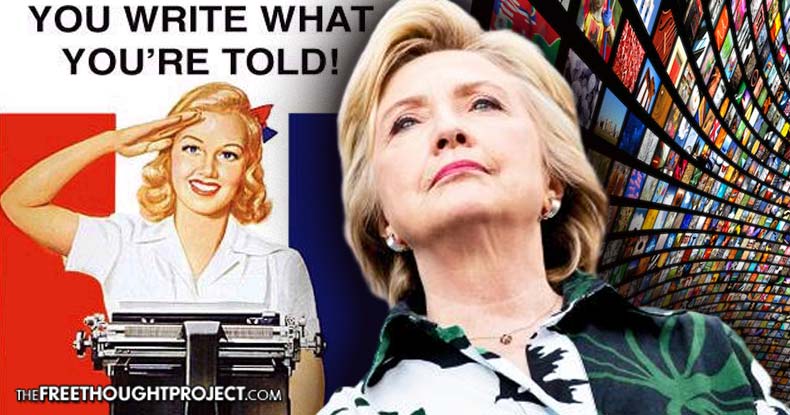 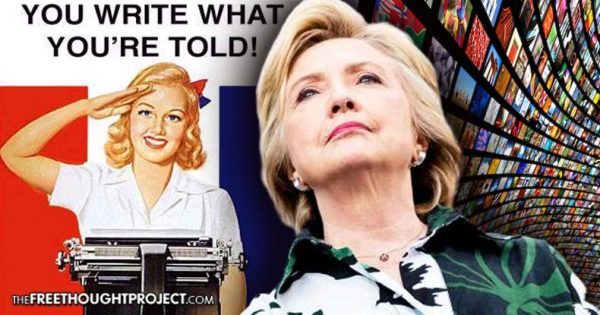 Wikileaks has just upped the ante in the high-stakes presidential election by releasing yet another batch of hacked Democratic National Committee emails. This time, Julian Assange’s organization has provided an even clearer picture of who’s in bed with the Clintons, and the revelations might surprise a lot of people.

In one email exchange between the DNC’s Mark Paustenbach (National Press Secretary & Deputy Communications Director) and the DNC’s Luis Miranda (Communications Director), Politico’s Peter Vogel appears to have passed along a story about Hillary Clinton’s fundraising campaign. While the content of Vogel’s story is unimportant, questions now arise as to why the Politico reporter felt the need to share his pre-published story with the DNC before sending it to his editor in chief.

Paustenbach wrote, “Vogel gave me his story ahead of time/before it goes to his editors as long as I didn’t share it. Let me know if you see anything that’s missing and I’ll push back.”

Was it because he was wanting permission to publish the story? Was he fact-checking with the DNC before running it? Or was he likely colluding with the DNC to paint Clinton and her campaign in a favorable light? These questions and more are now being raised about the apparently cozy relationship Vogel maintained with the DNC. Paustenbach even implied he had the potential to sway the article by using the words “push back.”

In another telling email, CNN’s Wolf Blitzer received questions to be asked of Donald Trump in an interview just a few days ahead of Trump’s foreign policy speech. Yes, the Democratic National Committee crafted the questions Blitzer was supposed to ask Trump. Many members of the DNC contributed questions to Blitzer’s interview of the billionaire Republican presidential nominee, adding credibility to critics’ claims CNN is actually the Clinton News Network. Here’s a sampling of the questions Blitzer was charged with asking. “Who helped you write the foreign policy speech you’re giving tomorrow?” Also, likely playing to Trump’s dictatorial instincts in an attempt to trip him up, the DNC prompted Blitzer to ask, “What would you do if the military refused to listen to you?”

Many members of the DNC contributed questions to Blitzer’s interview of the megalomaniacal billionaire Republican presidential nominee, adding credibility to critics’ claims CNN is actually the Clinton News Network.

According to yet another email, it was CNN who was reaching out to the DNC for those questions. Lauren Dillon, the DNC’s Research Director, wrote, “CNN is looking for questions.” The latest Wikileaks email dump is trending on Twitter with the hashtag #DNCLeak2, and is taking off like a wildfire. The once private emails, now public for the whole world to see, serve to demonstrate how the DNC, Democrats, and members of the mainstream media all in unison work to prop up the left’s agenda. Here’s another example. Anthony (Tony) Coelho was the House Majority Whip from 1987-1989. He wrote Clinton’s campaign manager, John Podesta, asking for a favor. Looking to help a friend get a job with HRC’s campaign, he asked Podesta to look into hiring Michael LaRosa. We’re sure that’s a pretty common practice in all areas of society, but it’s what he said about LaRosa that’s further contributing to the notion the mainstream media stumps for Clinton. He said of LaRosa, “he’s Chris Matthews political producer on Hardball,” and added, “He’d walk through fire for Hillary and would be a great hire on the campaign. He’s based in DC at the NBC News Bureau.” The man behind Matthews’ stories on MSNBC, his political producer, is a die-hard Clinton loyalist, which must certainly affect the stories MSNBC and NBC produce which are supposed to be unbiased.

As The Free Thought Project has reported, it used to be a conspiracy theory that a secretive project called “Operation Mockingbird” was responsible for disseminating government sponsored talking points to the media, to be used in an echo chamber and repeated to various news outlets. But as of September 2016, the project is no longer secret and no longer hidden, and it could be that the aforementioned members of the mainstream media are all members of said project. With the FBI not bringing charges against Clinton, it appears she’s now the official government-sponsored candidate to win the election of 2016, by any means necessary, including working with the mainstream media to do so.

As the Free Thought Project covers the presidential candidates and their various blunders, depending on which candidate we criticize, we are accused of supporting the ‘other guy.’ It is important to note that the Free Thought Project does not and has not endorsed any individual candidate. If you look through our archives, you will find that we have exposed dirt on all of them.