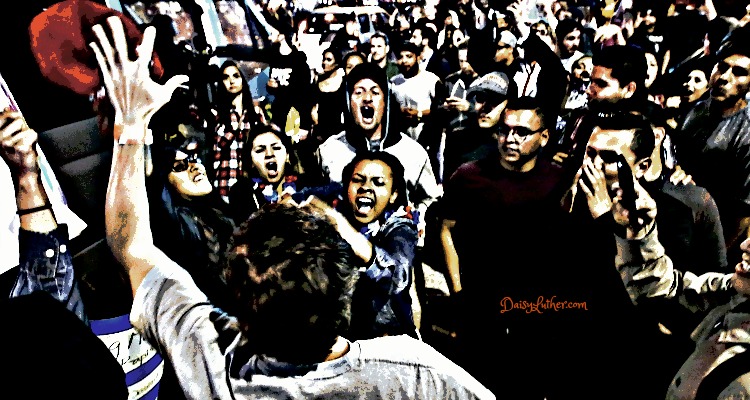 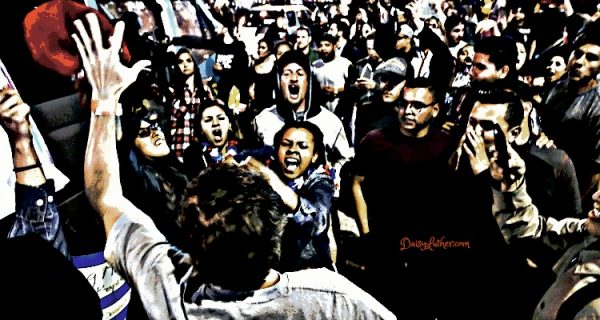 It didn’t take long after Donald Trump was declared the new president of the United States for the protests to begin.

Last week, I predicted that regardless of the outcome, that the aftermath could be ugly. Extreme emotions, the shock of a landslide victory after the widespread fake polls that predicted the opposite, and people who adamantly detest Trump were likely to blend to create a perfect storm.

And storm it has.

Less than two hours after Trump was declared president-elect, protesters gathered outside the White House to protest at the outcome of the vote.

Donald Trump hadn’t even been declared president-elect when the first group of demonstrators gathered outside the White House early Wednesday morning to oppose a future Trump administration.

A crowd of more than 1,000 people showed up in front of the White House – some protesters even taking to the trees – in the early hours of Wednesday morning with the election still in doubt, but trending towards Trump, the Republican nominee.

Many of those in attendance appeared to be from nearby colleges.

Others in the crowd were protesting Trump’s immigration policies. A group of about 20 Black Lives Matter supporters were also interspersed in the crowd at one point.

DAVIS (CBS13) – A group of protesters is gathering in Davis early Wednesday morning.

Davis police say about 200-300 protesters are walking from the UC Davis campus to downtown.

In videos posted to social media, the protesters can be heard chanting explicatives about newly-elected president Donald Trump.

Further south, in Oakland, demonstrators got even rowdier:

Hundreds of angry protesters chanting “Not my president” filled the streets of Oakland and Berkeley Tuesday night after Donald Trump was elected president.

They walked from downtown Oakland to Highway 24, setting fired on Broadway and briefly shutting down the highway.

A protester suffered major injuries when she was hit by a car while demonstrating. Authorities say she is now in stable condition. (source)

On Wednesday evening, the protests were expected to increase.

KRON reported that demonstrators planned to take to the streets in Oakland and San Francisco Wednesday evening to make their displeasure known about the newly named president. Students walked out of Bay Area schools in protest.

CDL Life, a website for long-distance truckers, reports that roadways all over America are being affected.

“Anti-Trump demonstrations have been reported in Oakland, Berkley, Pittsburgh, Seattle, San Francisco, and Portland…An effigy of Trump was reportedly burned at a demonstration in Oakland…

In Portland, Oregon, at least 200 protesters shut down I-5 for about an hour early this morning before police in riot gear moved them off the interstate onto the Broadway Bridge. One protester was hit by a car but not seriously injured.

In Seattle, protesters blocked the streets on Capitol Hill. Many protesters even laid down in the roadway to impede the flow of traffic.

In Pennsylvania, hundreds of University of Pittsburgh students took to the streets near campus to demonstrate.

Thousands of University of San Francisco students marched on the streets to protest. They forced the temporary closure of 19th Avenue.

…The altercations left glass at the entrance of the convention center smashed.

Albuquerque attorney Doug Antoon said rocks were flying through the convention center windows as he was leaving Tuesday night. Glass was breaking and landing near his feet.

“This was not a protest, this was a riot. These are hate groups,” he said of the demonstrators.

Albuquerque police said several officers were treated for injuries after getting hit by rocks thrown by protesters. At least one person was arrested from the riot, police said.

During the rally, protesters outside overran barricades and clashed with police in riot gear. They also burned T-shirts and other items labeled with Trump’s catchphrase, “Make America Great Again.”

There were even Anti-Trump protests outside the American Embassy in London Tuesday night, with signs comparing him to Hitler.

Get prepared…this is only the beginning.

I suspect they’re just getting warmed up. We’re dealing with organizations who cheated, colluded with the media, and did everything they could to steal the election. Expect to see more unrest. If you can at all, stay home to avoid the potential of being in the wrong place at the wrong time. Make sure you have some emergency food on hand. If you need help to get prepped for a civil unrest situation, go here.

Trump said he would deliver a Brexit style shock. He delivered Brexit on steroids.