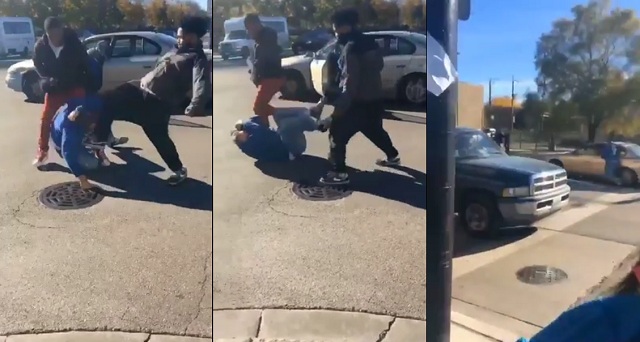 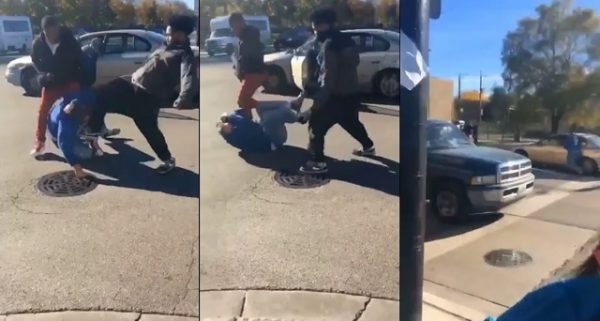 Shock video reportedly out of Chicago shows a mob of African-American youth beat a white Trump supporter because he “voted Trump,” telling him “you gonna pay for that sh*t.”

The mob is seen robbing him of his belongings, then stealing his car and dragging him through the street while his hand is stuck in the window of his own vehicle.

YouTube incredibly deleted evidence of this hate crime, fortunately it was saved and uploaded to other sites.

In this first version which contains audio you can hear the criminal assailants screaming “you voted Donald Trump” while multiple thugs are seen savagely beating the man from every which angle.

“You voted Trump,” the mob can be heard screaming. “You gonna pay for that sh*t.”

“Beat his ass,” a woman shouts.

This second video which goes longer but has the “F**k Donald Trump” rap song playing over the audio track shows one of the assailants entering the man’s car and then driving away while the man’s hand is stuck reaching into the back window of his vehicle.

The scene is frankly reminiscent of a lynching.