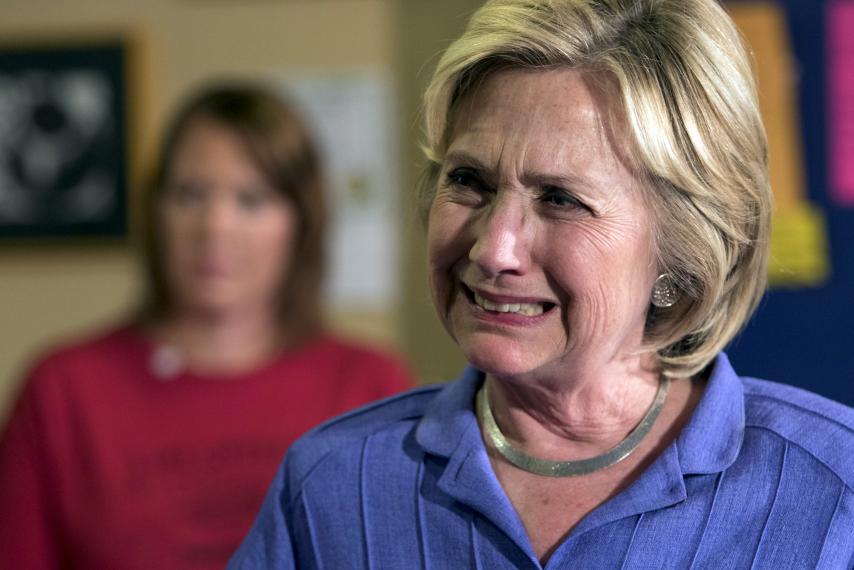 As Donald Trump’s election to the highest office of the land became inevitable on Tuesday night The Daily Sheeple reported that the Clinton campaign mysteriously went dark:

Even Hillary herself must have known it was over, because she published a not-so-victorious Tweet to her supporters several hours before the official counts started being confirmed:

This team has so much to be proud of. Whatever happens tonight, thank you for everything. pic.twitter.com/x13iWOzILL

As confirmation of Trump’s victory swept the world, many undoubtedly wondered what was going on in Hillary’s mind. Then, as reports of a Clinton concession came to the forefront, it turned out that Hillary, in an unprecedented move for a losing Presidential candidate, refused to take the stage in front of thousands of distraught party goers who were expecting a coronation and fireworks show.

Instead of Hillary, controversial campaign manager John Podesta took the stage to announce that the election wasn’t over and that votes were still being counted, implying that Hillary would not concede.

At that moment, we knew something was wrong:

Is something wrong with Hillary? Has she had another health episode? https://t.co/yP3fYWpinL #trump #hillary #vote #2016 #hillaryhealth

Had Hillary suffered another health episode? Was she so emotionally destroyed by the loss that she couldn’t handle it mentally?

It turns out, according to Ed Klein who spoke with a close friend and confidante of Hillary, that she did, in fact, have a serious breakdown and was in no condition to speak to America on live television.

The shock of losing after having been a “98%” lock for the Presidency was simply too much to bare. And as you might expect from a Clinton, it was everybody else’s fault:

Here’s what I know, not my opinion. About 6:30 this morning she called an old friend. She was crying inconsolably. She couldn’t stop crying. And her friend, her female friend from way, way back said it was even hard to understand what she was saying she was crying so hard. This is Hillary we’re talking about.

Eventually her friend said she could make out that she was blaming James Comey, the Director of the FBI, for her loss, and, I don’t understand exactly, the president of the United States for not doing enough.

If all goes well, Hillary will be crying again when they put the handcuffs on her after President Trump’s special prosecutor recommends charges, that is, so long as Trump didn’t make a secret deal to let Hillary off the hook.