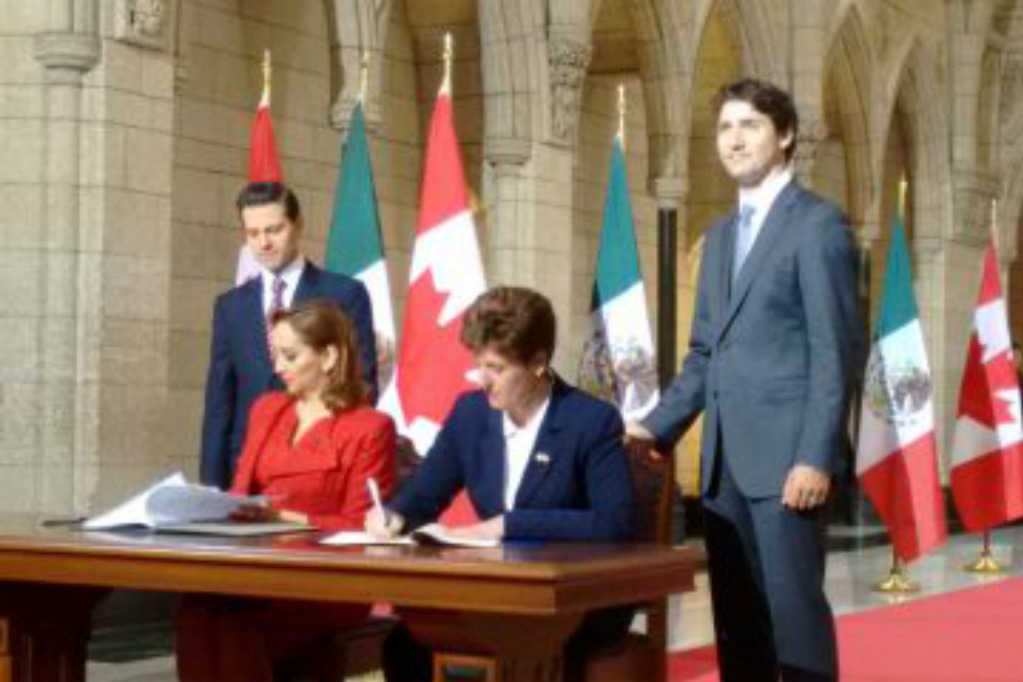 It’s only been two days since the 2016 US elections took place in which Donald Trump secured enough electoral votes to move into the White House. Part of his platform was about better trade deals and putting Americans back to work via a vibrant economy that would produce jobs. Now, Canada and Mexico, seeing the writing on the wall, have moved to renegotiate the horrible North American Free Trade Agreement

ahead of Trump taking the oath of office in January.

Canada and Mexico agreed Thursday to US President-elect Donald Trump‘s demand to have a fresh look at their tripartite 22-year-old free trade pact, fearing they could be shut out of the US market.

But the two US allies diverged on the level of changes to the North American Free Trade Agreement (NAFTA) each was willing to accept, with Mexico taking a harder line.

The 1994 trade pact became a source of friction with America’s neighbors during the campaign when Trump called NAFTA the worst trade deal the United States has ever signed.

The Republican president-elect’s protectionist notions to repatriate American jobs lost to free trade sent shockwaves through Canada and Mexico’s economies, which both rely heavily on exports to the United States.

“We are willing to talk about this with the new [American] Government, and with Canada as well,” said Mexican Foreign Minister Claudia Ruiz Massieu.

“I think it’s important that we be open to talking about trade deals,” said Canadian Prime Minister Justin Trudeau. “If the Americans want to talk about NAFTA, I’m more than happy to talk about it.”

Trump said that the 1994 NAFTA

), was the worst trade deals in the history of the united States. Just goes to show how the Bushes and Clintons were in bed together (no pun intended).

Five hundred and thirty million consumers in Canada, the US and Mexico are bound under this agreement.

The trade between the US and Canada supports some 9 million American jobs in 34 states.

Two-way trade in goods between Mexico and the United States totalled about US$1.5 billion daily in 2015, while bilateral trade crossing the US-Canadian border amounted to $1.8 billion daily.

The United States, however, is a net loser in both cases, posting $15 billion and $58 billion trade deficits with Canada and Mexico, respectively, last year.

According to the Wall Street Journal, Donald Trump’s NAFTA Plan would confront the globalized auto industry, and it seem that United Auto Workers President Dennis Williams agrees with Trump’s position on NAFTA.

Now, I’m wondering just how the Trans-Pacific Partnership will come into the light once Trump is in office, or will we see some countries step forward and speak out about what a terrible deal that is for the US?