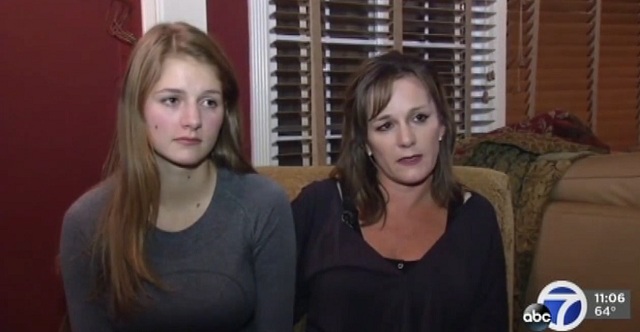 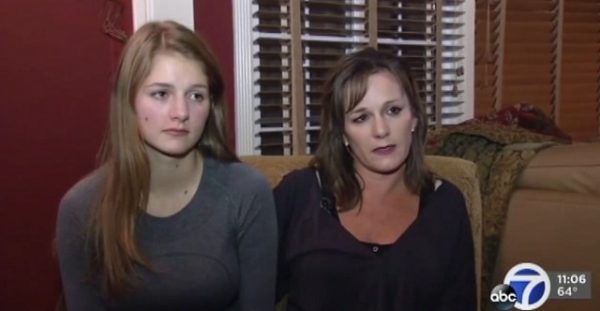 Disturbing video out of California shows a high school girl being viciously attacked for saying she supported Donald Trump on Instagram.

WOODSIDE — A high school girl who posted a note on social media Tuesday night in support of Donald Trump was attacked at school Wednesday, purportedly for her political statement, according to a report from KGO-TV.

Jade Armenio, a sophomore at Woodside High School, and her mother Gina Armenio discussed the incident with KGO-TV. The attack was captured on cell phone video.

Jade says the girl hit her, threw her to the ground and pulled at her earrings and hair. She was left with a bloody nose, scratches and bruises, according to KGO-TV.

The school refused to say how the student was disciplined.

Principal Diane Burbank said only: “The recorded incident was investigated in conjunction with law enforcement and appropriate disciplinary action has been taken.”

The only “appropriate disciplinary action” would be expulsion in conjunction with being locked up in a juvenile detention center.

While the lying media is obsessing over stories of Trump supporters allegedly saying mean things to immigrants and Muslims, we now have tons of hard evidence of Trump supporters being violently assaulted for supporting the man Americans just voted in to the presidency.

Meanwhile, an 18-year-old Muslim student in Lafayette, Louisiana who said she was attacked by two “white male” Trump supporters and robbed of her wallet because she was wearing a hijab just admitted to police she made the whole story up.