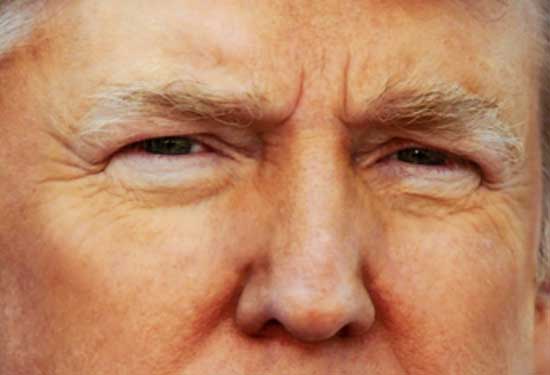 It wasn’t a personal love for Trump that got him elected.

It was white hot anger.

Anger at eight years of middle class murdering policies and regulations under Obama’s pile of “hope and change” lies.

And anger at the potential of the elite actually attempting to force a person as corrupt as Hillary Clinton in there for possibly four or eight more years of the same abuse.

No one can deny Trump is a steam valve for the anger of the people that’s been building up under decades of government tyranny.

But already the cracks in the facade of “Making America Great Again” are starting to show.

People weren’t listening during the debates and during Trump’s speeches — he was never actually about smaller government.

People are calling for him to “drain the swamp,” but the first thing he did in his victory speech was talk about Hillary in the nicest way possible, leaving some to speculate if Trump’s promise to appoint a special prosecutor to her case and “lock her up” was just a dramatic but hollow campaign promise and nothing more. Others claims he’s just being diplomatic and graceful (all of a sudden).

The day after he was elected, Trump visited the White House and talked about what a “good guy” Obama is… he said it multiple times… a far cry from calling Obama “the worst president in the history of the United States” just a few weeks ago on the campaign trail.

In fact, Trump has now said he will seek Obama’s counsel while in office.

“As far as I’m concerned it could have gone on for a lot longer,” said Mr. Trump, who was seated next to Mr. Obama in the Oval Office. He called Mr. Obama “a very good man.”

“I very much look forward to dealing with the president in the future, including counsel,” Mr. Trump said.

Why would any prospective president want to repeatedly meet and take counsel from the worst president in the history of the country?

And we all know Mr. noun-verb-9/11 Rudy Giuliani and Newt Gingrich are already waiting in the wings on standby for whatever their new positions under President Trump will be.

As reports continue to come out, it looks less and less like Trump is draining any swamps and more and more like he’s already playing ball. (And really, does anyone in America really become a billionaire these days any other way?)

Now Reuters and others are reporting that one of the advisors on Trump’s transition team has reached out to Jamie Dimon — CEO of JPMorgan Chase Bank and former member of the Board of Directors of the Federal Reserve Bank of New York — to be Trump’s Secretary of Treasury.

Dimon, if you aren’t familiar, is the guy who oversaw $25 billion in TARP funds transferred from the U.S. Treasury Department to JPMorgan Chase bank during the 2008 bailout. It has been pointed out many times over JPMorgan Chase didn’t even remotely need a bailout, as it was the healthiest of the big nine banks after the collapse.

Dimon was also on the list of potentials for Obama’s treasury secretary, but Obama named president of the Federal Reserve Bank of New York Timothy Geithner to the position instead. Still, AP reported that Dimon had “liberal access” to Geithner and Obama went on “The View” to stick up for Dimon, calling Dimon one of the smartest bankers America has, just after JPMorgan suffered a whopping $2 billion in trading losses under his leadership…

Jamie Dimon. It just doesn’t get more swampy than that. He’s the Creature from the Black Lagoon. If they could have asked a worse person at this point, who would it even be?

According to Reuters, Dimon did not support Trump’s election and has said he would not be interested in the position,

A member of Trump’s transition team contacted Dimon recently to see if he would be interested in the role, two people familiar with the matter told Reuters on Thursday…

…but that is so not even the point.

The point is that Donald “Make America Great Again” Trump would even have an advisor who would go there in the first place.

Trump’s other choices, by the way?

Door number two, current campaign finance manager Steven Mnuchin — a Jewish, 17-year Goldman Sachs banker who briefly worked for George Soros and who also donated to both Obama and Hillary’s campaigns in the past. Mnuchin is already walking back on Trump’s campaign promise to dismantle Dodd-Frank by saying it merely “needs to be looked at”.

And door number three, Republican Chairman of the House Financial Services Committee Jeb Hensarling who is a staunch supporter of free trade policies (TPP anyone?) and the PATRIOT Act.

Other potential choices for Trump’s team?

While no one can deny that Trump’s victory was a boon for everyone who was sick and tired of watching the Establishment walk all over us, as Paul Craig Roberts has pointed out, it’s the advisors and people Trump appoints and takes advice from that we really have to look out for:

We do not know who Trump will select to serve in his government.  It is likely that Trump is unfamiliar with the various possibilities and their positions on issues.  It really depends on who is advising Trump and what advice they give him.  Once we see his government, we will know whether we can be hopeful for the changes that now have a chance…

We won’t know what to expect until we see who are the Secretaries and Assistant Secretaries. If it is the usual crowd, we will know Trump has been captured.

Roberts finished with, “If Trump is advised to be conciliatory, to hold out his hand, and to take the establishment into his government, the American people will again be disappointed.”

So far, Trump is being awfully conciliatory to Hillary and Obama… even as his supporters continue to chant “lock her up”.

And, even though it is CNN, it’d be kind of hard for them to just blatantly openly lie about this list of people on Trump’s “transition team”:

It’s all quite troubling if people would take off their rose-colored glasses and come down off of the “I voted” -flavored crack rocks and really look at what’s going on here.

Either way, whether Trump is truly a legit anti-establishment candidate of the people as some want so desperately to believe, or really just a new establishment tool to put people back to sleep like Obama was after Bush Jr., Brandon Smith of Alt Market has it right when he says Trump wouldn’t be there unless the elite wanted him there.