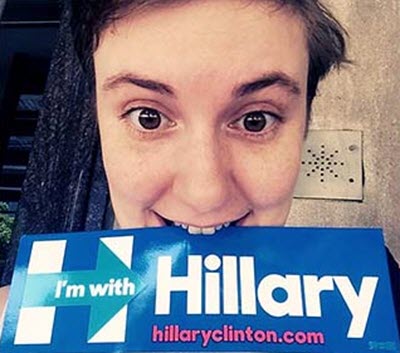 She previously claimed she was going to move out of the country if Trump won, but like so many others, still has yet to go. She said she would be heading off to Vancouver, Canada… although Canadians have been pretty vocal about how they don’t want fleeing liberals and they especially don’t want her there.

While many liberals and celebs are freaking out that Trump actually won, others are completely melting down.

Lena Dunham is obviously in the latter category, as evidenced by this open letter she emailed to fans, dramatically recounting the anguish she went through on election night.

Lena is apparently taking it as hard as Miley Cyrus did… and some are saying this “weepmail” makes it all worth it.

Others are just saying they laughed until they pissed themselves.

And yes, quite similar to Miley’s sentiments, Lena actually did say, “It’s her job.”