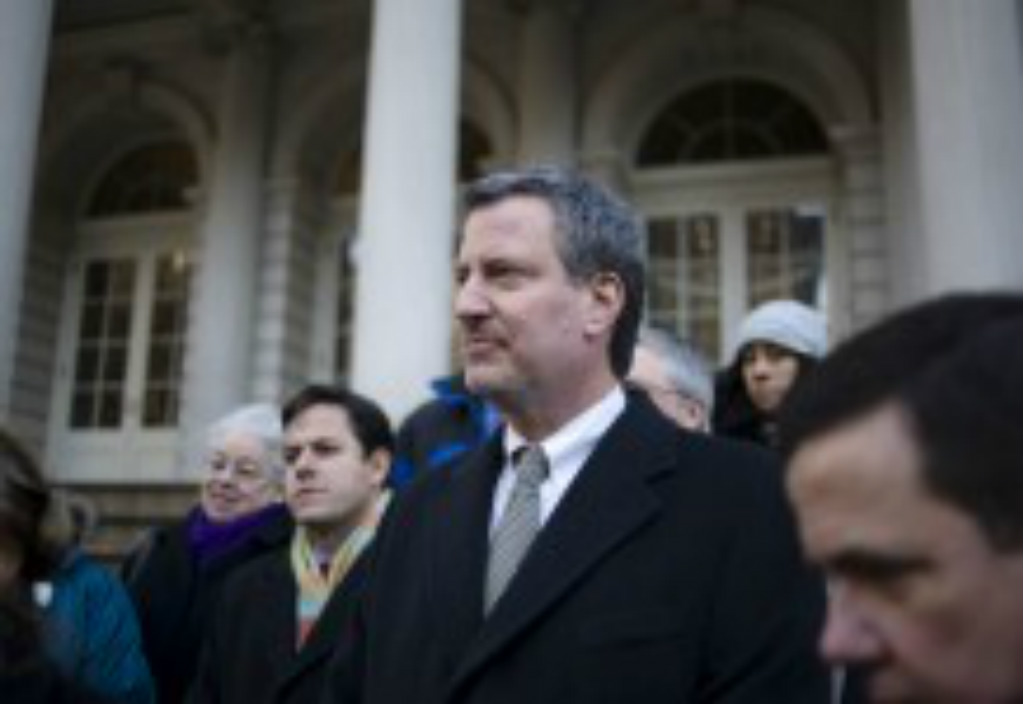 NEW YORK CITY (INTELLIHUB) — The city’s Mayor Bill de Blasio told the press on Thursday that he may have to destroy records kept by the city which contain limited personal information on nearly 500,000 illegal immigrants residing within the city.

The 2015 IDNYC program, aimed at documenting illegal residents, provides illegal aliens with a means to maneuver within the city and function as a typical American citizen as part of a vast scheme concocted by billionaire tycoon and Black Lives Matter promoter George Soros, which ultimately makes NYC a ‘sanctuary city.’

“We’re not going to tear families apart. So we will do everything we know how to do to resist that,” de Blasio said, promoting illegal immigration.

“We’re not going to take anything lying down.”

IDNYC cardholders personal information is stored in encrypted databases on secure servers and may be of interest to the Trump Administration, de Blasio fears.

The mayor plans to block the Trump Administration from subpoenaing the databases in question, if that issue were ever to arise at a future time.