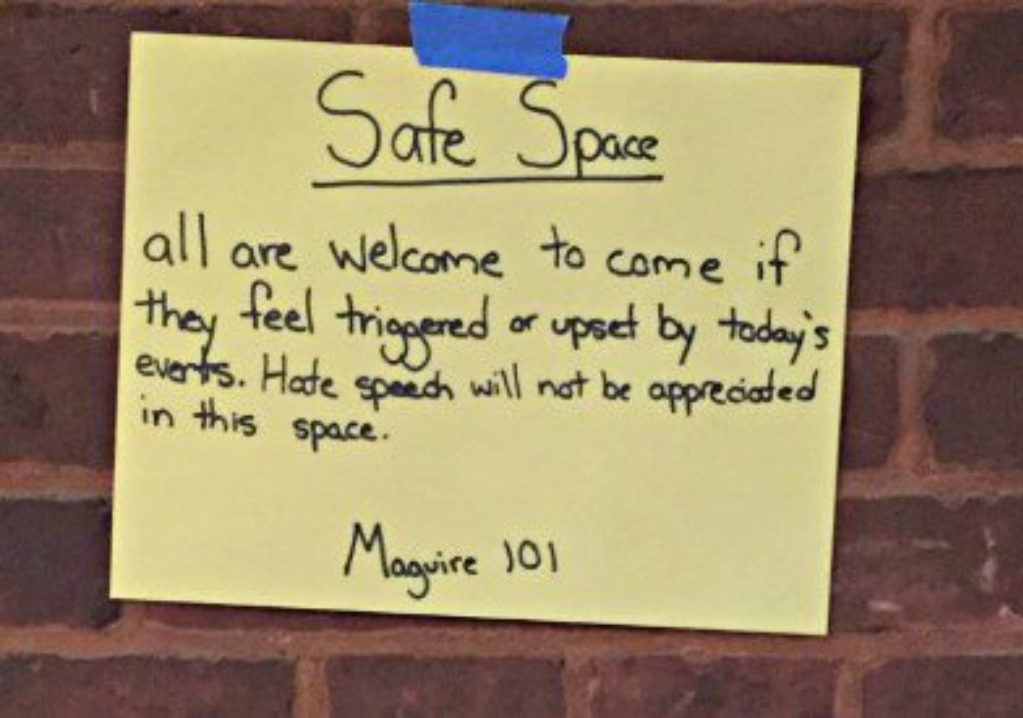 Wall Street Journal: “Colleges try to comfort students upset by Trump victory…despair over Clinton’s loss prompts ‘cry-in’ at Cornell; Play-Doh for the distraught…Dozens of students at Cornell University gathered on a major campus thoroughfare for a ‘cry-in’ to mourn the results of the 2016 election Wednesday, with school staff providing tissues and hot chocolate.”

I can hear some low-level staffer at Cornell saying, “Let’s get out there, Millie. These kids are crying. They need tissues!”

PJ Media: “…the University of Kansas reminded students via social media of the therapy dogs available for comfort every other Wednesday…’People are frustrated, people are just really sad and shocked,’ said Trey Boynton, the director of multi-ethnic student affairs at the University of Michigan…There was a steady flow of students entering Ms. Boynton’s office Wednesday. They spent the day sprawled around the center, playing with Play-Doh and coloring in coloring books, as they sought comfort and distraction.”

Tufts, Cornell, the University of Michigan—schools for high-performing students. Or they were. I don’t know what they are now. Daycare centers for toddlers? Obviously, regression to an earlier stage of development is a mind-control op favored by these institutions.

Maybe a Michigan alumnus with deep pockets could lay out some serious cash to build a giant dome shaped like a womb, where the kids could gather and curl up during cloudy days.

“You went to the U of Michigan? Great football school.”

“I wouldn’t know. I was in utero for four years.”

Perhaps this is a clue: “…a national survey by the American Institutes for Research (AIR)” has discovered that “[t]wenty percent of U.S. college students completing four-year degrees—and 30 percent of students earning two-year degrees…are unable to estimate if their car has enough gasoline to get to the next gas station or calculate the total cost of ordering office supplies…[or] compare ticket prices or calculate the cost of a sandwich and a salad from a menu.”

How do these geniuses graduate?

“Pay back your student loan.”