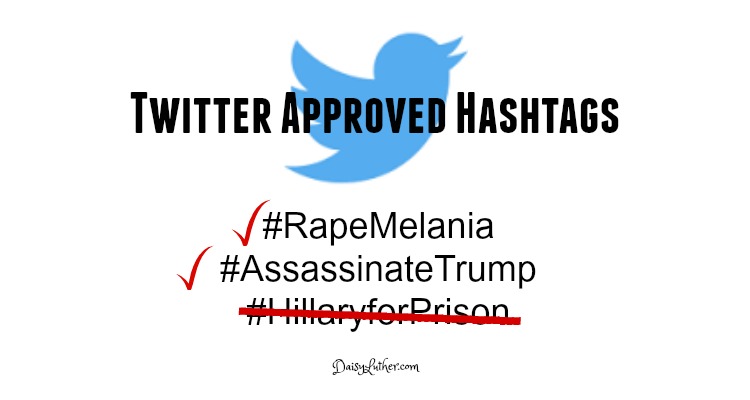 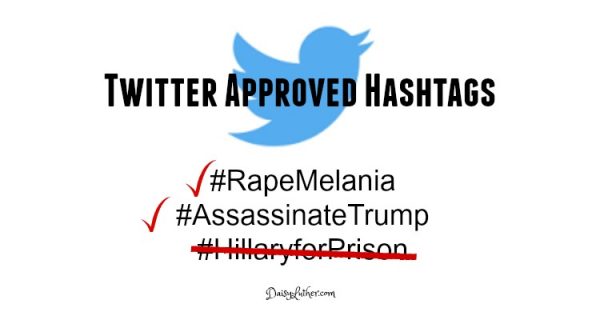 Remember how Twitter kicked out Milo Yiannopolis for being mean and censored the hashtag #HillaryforPrison?

Well, I guess that censorship is a one-way street because the repugnant hashtag #RapeMelania was trending Sunday morning and no one at Twitter seemed to feel that was worth censoring. Other recent allowable Twitter trends have been #DieWhitesDie and #AssassinateTrump – but that’s cool too.

And Twitter censors aside, where is the feminist outrage? They call President Elect Trump a misogynist but they don’t denounce this?

Perhaps I misunderstood “feminism” and thought that their good will towards women meant all of us, not just the ones who agree with them politically. Maybe “rape culture” is okay as long as it happens to a woman married to a man they don’t like. Maybe Melania is asking for it because they don’t like her husband.

I guess this is what happens when I skip Women’s Studies class. I miss out on which women can acceptably be threatened with rape and which women can’t. It’s all so very confusing.

It all started when some loser at a protest had this sign outside of one of the Trump Hotels.

And shortly, the hashtag was trending. Here’s a screenshot from Sunday morning.

Of course, this isn’t the first time the Left let their misogynism show. Who can forget this memorable moment?

#RapeMelania brought to you by the people who gave you this pic.twitter.com/RA4Eh3jjdk

Remember, people who voted for Trump are the evil humans.

Meanwhile, Trump supporters are denounced as xenophobic, misogynistic, homophobic, hate-filled secret KKK members who can now bring their white hoods out of the closet.

Oh – and still nothing from Hillary Clinton, President Obama, and Bernie Sanders.