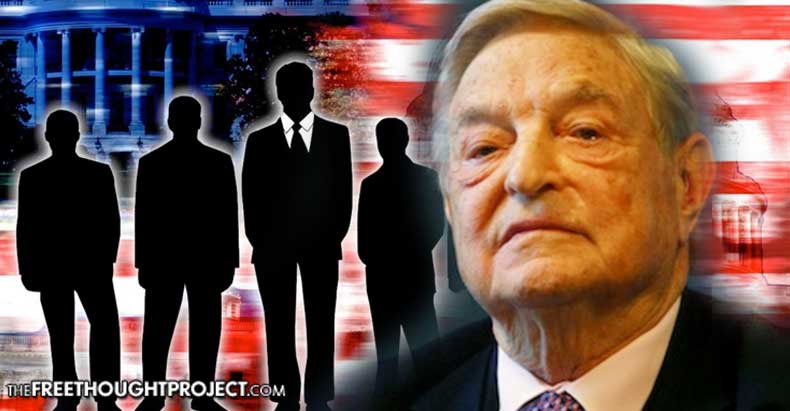 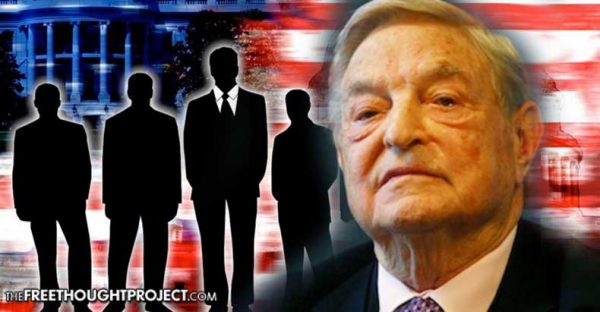 In addition to Soros, House Minority Leader Nancy Pelosi, Sen. Elizabeth Warren, and Rep. Keith Ellison – in consideration to be next DNC chair — are among the key Democrats expected to attend, according to Politico.

The annual closed-door conference, which kicked off on Sunday, is sponsored by the Democracy Alliance donor club. Democracy Alliance was created by Soros after John Kerry lost the 2004 presidential election, and annually funnels millions of dollars toward left wing projects.

According to a report by the Daily Caller:

The organization dictates that its more than 100 members donate at least $200,000 a year to approved groups — a la Planned Parenthood and Media Matters — with the ultimate aim of mobilizing voters.

Though Democracy Alliance has raised over $500 million in the past 11 years, operatives noted that issues traditionally favorable to Democrats failed to pull support away from Trump in this year’s election.

Therefore, Soros and other Democratic leaders used this year’s summit to call for a shift in strategy in order to oppose Trump and the Republican controlled government.

For those unfamiliar with Soros, he utilizes a vast number of progressive organizations affiliated with Soros’ Open Society Foundation. Soros-affiliated organizations across the world are deeply connected to various color revolutions, the Arab Spring, and a number of other political uprisings across the globe. Although democracy promotion is the stated mission, in reality, the many Soros-linked organizations operate to forward the Western globalist agenda – often working to foment dissent and revolution.

According to a report in New Eastern Outlook:

Anyone familiar with the history of the Soros Open Society Foundations in Eastern Europe and around the world since the late 1980’s, will know that his supposedly philanthropic “democracy-building” projects in Poland, Russia, or Ukraine in the 1990’s allowed Soros the businessman to literally plunder the former communist countries’ wealth, according to the New Eastern Outlook.

During the 2016 presidential cycle, Soros committed $25 million dollars to the unsuccessful Presidential campaign of Hillary Clinton. Per the standard Clinton operating procedure, this was indicative of the symbiotic relationship of favors between the billionaire and his array of political puppets across the globe.

The meeting is the first major gathering of the institutional left since Trump’s shocking victory over Hillary Clinton in last week’s presidential election, and, if the agenda is any indication, liberals plan full-on trench warfare against Trump from Day One. Some sessions deal with gearing up for 2017 and 2018 elections, while others focus on thwarting President-elect Trump’s 100-day plan, which the agenda calls “a terrifying assault on President Obama’s achievements — and our progressive vision for an equitable and just nation.”

Yet the meeting also comes as many liberals are reassessing their approach to politics — and the role of the Democracy Alliance, or DA, as the club is known in Democratic finance circles. The DA, its donors and beneficiary groups over the last decade have had a major hand in shaping the institutions of the left, including by orienting some of its key organizations around Clinton, and by basing their strategy around the idea that minorities and women constituted a so-called “rising American electorate” that could tip elections to Democrats.

The Democracy Alliance has blanketed liberal groups and candidates with over $500,000,000 since Soros co-founded the group in 2005 to forward a very specific neoliberal globalist agenda.

On Sunday, Gara LaMarche, president of the Democratic Alliance, told donors that a recalibration was in order for the Democratic party. “You don’t lose an election you were supposed to win, with so much at stake, without making some big mistakes, in assumptions, strategy, and tactics,” LaMarche said, according to prepared remarks he provided to Politico.

In the wake of widespread protests and rioting, the billionaire globalist was immediately implicated in the wave of protest by alternative media, as Soros-affiliated group MoveOn.org organized most of the rallies.

Please share this important story to help awaken people to the ongoing political manipulation taking place behind the curtain!