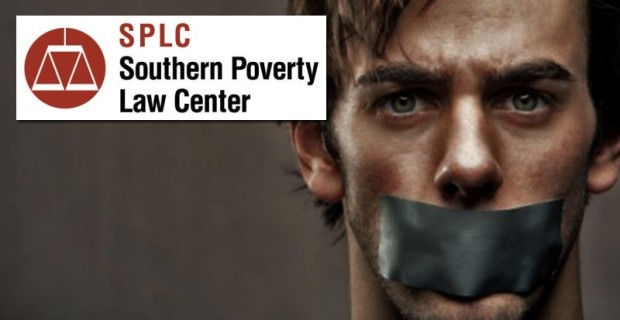 The Southern Poverty Law Center is celebrating Twitter’s new free speech purge after numerous accounts belonging to members of the ‘Alt-Right’ were banned.

The mass bans arrived in tandem with a new Twitter policy that prevents “hate against a race, religion, gender, or orientation”. In the world of permanently offended social justice warriors, “hate” is having a different opinion to them, while “harassment” is replying to their idiocy on Twitter.

The SPLC, which is currently embroiled in an effort to force Trump to ditch Breitbart’s Stephen Bannon as his White House strategist, celebrated the news, tweeting “good riddance” in response to a user who tweeted, “Alt-right Twitter says Twitter has mounted a coordinated effort to wipe it out.”

The SPLC responded to another Twitter user who complained about Twitter censoring ‘Alt-Right’ accounts by tweeting “tick tock”.

The SPLC’s claim of being an impartial operation that merely exists to monitor and counter “hate speech” has been debunked time and time again.

Last month, Maajid Nawaz, a Muslim reformist who opposes Islamic extremism and Islamophobia, was labeled an “anti-Muslim extremist” by the SPLC, a designation that Nawaz says put a “jihadi target” on his head.

“The non-Muslim led Southern Poverty Law Center placing a jihadi target on my head by listing me (a reforming liberal Muslim) as an ‘anti-Muslim extremist’ on their hit list published today,” wrote Nawaz.

The list of “anti-Muslim extremists” also included Ayaan Hirsi Ali, an ex-Muslim feminist who escaped a forced marriage and whose colleague was assassinated on the streets of Amsterdam by an Islamic terrorist.

While the SPLC claims to be stopping “hate,” its own supporters are incredibly hateful. Back in 2009, we revealed how an SPLC supporter called for Alex Jones to be executed for his political beliefs.

For a discussion on the SPLC’s racist roots, watch the video below.