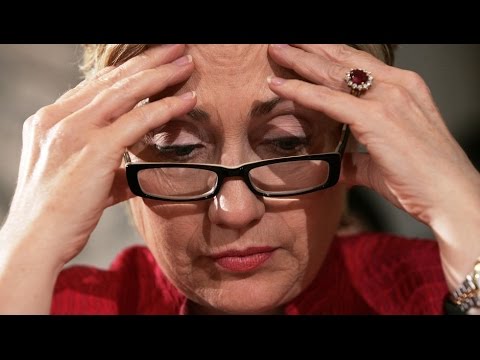 Following Hillary Clinton’s loss to Donald Trump in the presidential election, the Clinton campaign has been forced to identify a scapegoat responsible for her somewhat surprising defeat.

Clinton herself has decided to lay the blame on FBI director James Comey, namely because he made the decision to revive the agency’s inquiry into her emails only days before Americans took to the polls.

Two things should be noted, however. First, both inquiries resulted in the FBI clearly siding with Clinton despite the fact her emails have raised a number of issues worthy of criminal investigation. Second, Comey, though he is a former Republican, was actually personally appointed by Obama in 2013.

It seems incredibly convenient for Clinton to blame the FBI director’s decision to reinvestigate her for her loss – rather than the fact the FBI had good reason to investigate her.

Essentially, according to Clinton, it’s not her fault that she used a private email server to handle classified information, or that people viewed this as an unacceptable transgression. It’s James Comey’s fault.

It’s not Clinton’s fault that most Americans don’t feel represented by Democrats or Republicans. According to Foreign Policy, it’s the voters’ fault for being ignorant.

It’s not Clinton’s fault she would have led the American people down a road that could have ended in a nuclear war with Russia.

It’s not Clinton’s fault she is wildly unlikeable when compared to Bernie Sanders, whose campaign the DNC and mainstream media succeeded in destroying.

In all seriousness, Hillary Clinton should be in jail. Until the DNC and media giants acknowledge these aspects about her unlikeable personality and behavior, she will continue to blame whoever she wants — and the Democratic Party will continue to lose election after election because they advance candidates who fail to resonate with many Americans.

Darius Shahtahmasebi writes for The Anti Media, where this article first appeared.