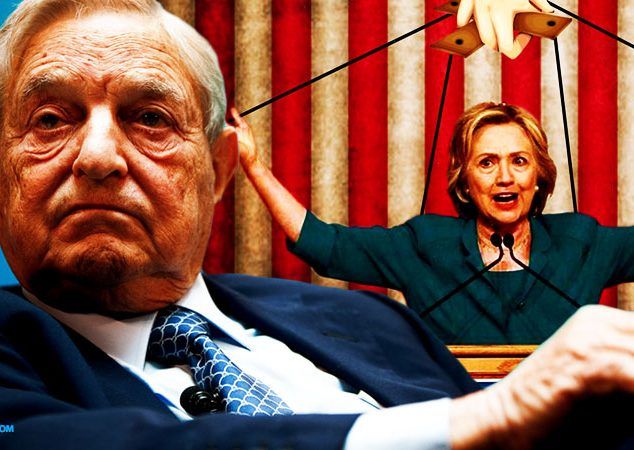 An astonishing video is circulating on the Internet almost 20 years after it originally aired. The video exposes billionaire and liberal demagogue George Soros as the heartless and cruel man that most conservatives already believed him to be. For years Soros has been profiting off of the pain of others, most famously when he shorted the British Pound, creating chaos in the British (and world) economies. However, there is an even more deviant story of greed in Soros’ past, one that took place when he was a young man in Nazi occupied Hungary.

In a 1998 interview with CBS’ Steve Kroft, Soros admitted that he participated in the confiscation of Jewish property under the Nazi occupation. He also explained that he had no remorse for what he had done, and that if he had not participated, somebody else would have done it anyway.

Steve Kroft: My understanding is that you went out with this protector of yours who swore that you were his adopted godson. Went out, in fact, and helped in the confiscation of property from the Jews.

Steve Kroft: That sounds like an experience that would send lots of people to the psychiatric couch for many, many years. Was it difficult?

George Soros: No, not at all. Not at all. Maybe as a child you don’t–you don’t see the connection. But it created no problem at all.

Steve Kroft: No feeling of guilt?

Steve Kroft: For example that, ‘I’m Jewish and here I am, watching these people go. I could just as easily be there. I should be there.’ None of that?

George Soros: Well, of course I could be on the other side or I could be the one from whom the thing is being taken away. But there was no sense that I shouldn’t be there, because that was–well, actually, in a funny way, it’s just like in markets–that if I weren’t there–of course, I wasn’t doing it, but somebody else would–would–would be taking it away anyhow. And it was the–whether I was there or not, I was only a spectator, the property was being taken away. So the–I had no role in taking away that property. So I had no sense of guilt.”

In a separate interview, Soros actually called these years, the “happiest” of his life.

Putting these comments together paints a much clearer picture of Soros “the man.” If he has no remorse over the role he played during WWII, why would he feel any remorse for trying to influence our national story? If his billions led us down a tormented and tumultuous path, why would he care? Obviously, for Soros, the pain of others has no bearing on his actions – he only cares about himself and his plans.