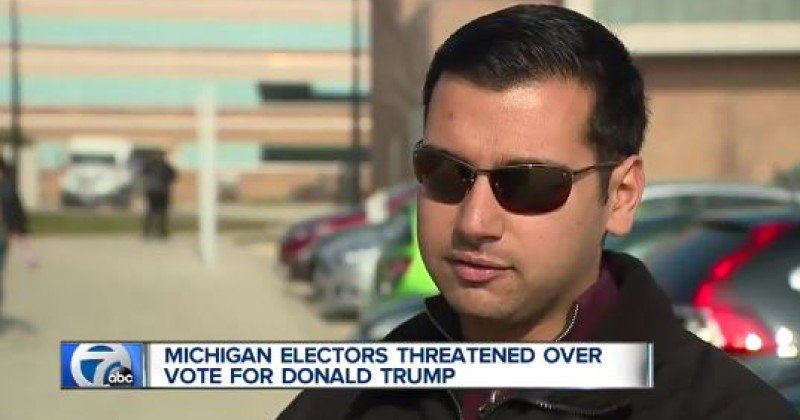 “You’re a hateful bigot, I hope you die”

A member of the electoral college in Michigan is being bombarded with death threats from anti-Trump protesters, one of whom vowed to “put a bullet” in his brain if he didn’t change his vote in favor of Hillary Clinton.

Anti-Trump agitators have been emailing electors in red states for over a week in an effort to convince or intimidate them into breaking the law and overturning the outcome of the election.

22-year-old Michael Banerian, one of Michigan’s 16 Electoral College voters, told the Detroit News that he has received a deluge of hateful messages from leftists, including numerous death threats.

“I’ve had people talk about shoving a gun in my mouth and blowing my brains out. And I’ve received dozens and dozens of those emails. Even the non-threatening-my-life emails are very aggressive,” said Banerian, adding that he has been labeled a “hateful bigot” by the same people who are violently threatening him.

The Detroit News verified that in one of the emails, a Hillary supporter vowed to “put a bullet” in his mouth, while Michigan Republican Party spokeswoman Sarah Anderson said that other electors “are also receiving threats”.

Over 4 million people have also signed an online petition demanding that the nation’s electors vote for Clinton instead of Trump.

Meanwhile, paid protesters are planning to prevent a “peaceful transition” by staging riots and other violence on January 20th, the day of Trump’s inauguration.

As we have documented, despite the media narrative that there is a wave of hateful anti-Muslim and anti-Mexican sentiment sweeping the country, there have been countless examples of Trump supporters being attacked and abused over the last week.