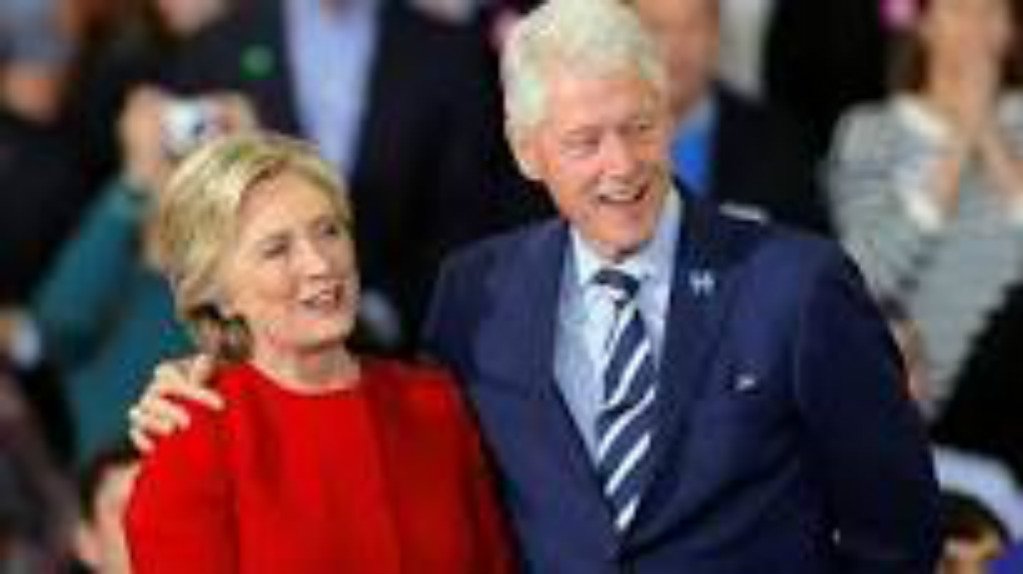 Watch Bill jump up and down with fake joy.

Source of the above GIF is this longer video.

Then, reality begins to set in among her “useful idiot” supporters . . . .

When it was clear she’d lost, Hillary so appreciated her supporters [sarc] that she wouldn’t even speak to them, but dispatched her lapdog, chair of the 2016 Hillary Clinton presidential campaign John Podesta.

Reportedly, Hillary went into a drunken rage, screamed about “the Russians,” physically assaulted Podesta and her campaign manager Robby Mook, and had to be restrained and sedated. See “Hillary Clinton was in a drunken rage on Election night”.

I can’t wait for some brave whistleblower to leak a video of that.