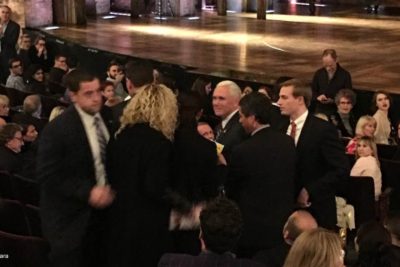 New York City is on the wrong side of history, again. New York has a long, checkered political history. It is important to remind people of this, because unlike in commerce, art, music, literature, etc., where New York has long been the epicenter, the capital of the world, politically New York has a shameful, even horrible history.

From the very beginning, New York’s political history is an embarrassment at best.

In 1776, the Second Continental Congress, assembled in Philadelphia, formally adopted Richard Henry Lee’s resolution for independence from Great Britain. The vote was unanimous, with only New York abstaining.

Remember, no city in the North was more pro-South, anti-abolition or anti-Lincoln. During the first three months of 1861, New York City worked to secede from the Union and join the South.

The infamous draft riots in 1863 were so bad that President Abraham Lincoln diverted several regiments of militia and volunteer troops from following up after the Battle of Gettysburg to control the city. Blacks had to flee the city. The riots remain the largest civil and racial insurrection in American history, aside from the Civil War itself.

And of course, Tammany Hall, the vicious and corrupt headquarters of the Democratic Party in New York, endured for nearly two centuries. Tammany Hall became infamous for corruption and leaders such as William M. “Boss” Tweed. Headed by Tweed, the Tammany Hall political machine of the late 1860s and early 1870s used graft, bribery, and rigged elections to bilk the city of over $200 million (here).

I could go on, but you get the picture. So when Mike Pence was booed at the Broadway show “Hamilton” Friday Night, it was consistent with New York’s long and ugly political history. Democrats show how disgusting they really are:

Vice President-elect Mike Pence was booed Friday night at a performance of the Broadway hit “Hamilton.”

Pence was walking to his seat at the Richard Rodgers Theatre when a few scattered claps turned into a thundering chorus of boos.

The crowd continued to mock Pence throughout the performance, including during the song “Yorktown,” when Alexander Hamilton and Marquis de Lafayette sang “Immigrants, we get the job done.” They high-fived each other as the audience cheered.

Brandon Dixon, who plays Aaron Burr, addressed Pence after the curtain call, saying the diverse cast is “anxious” about his administration.

Yes #MikePence was at @HamiltonMusical here's what we had to say pic.twitter.com/YIjt7JZ3gF