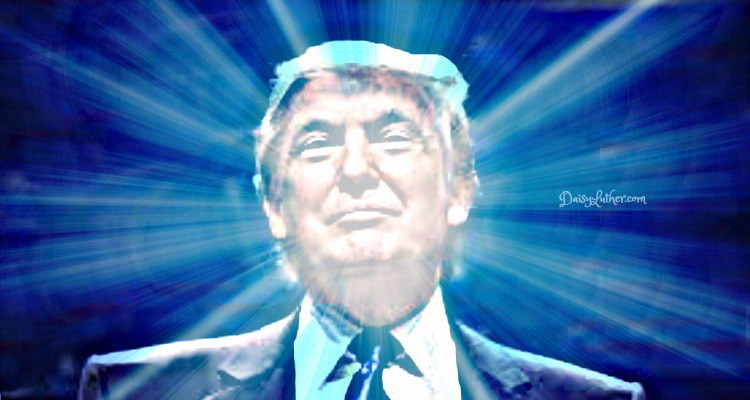 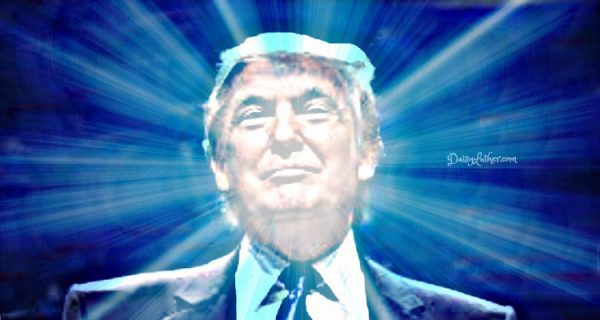 There is a decision that every American must make right now.

If your priorities are freedom, liberty, and Constitutional rights, the President of the United States should be under your scrutiny at all times. You cannot relax your vigilance because a person from your preferred party is in office. Terrible laws have been passed under both Republican and Democratic presidents. Two excruciating blows to liberty are the Patriot Act, passed under Bush, and the NDAA (indefinite detention), passed under Obama. Reams of pages of new bills were signed into laws by presidents from both parties.

Many of these new regulations benefited huge corporations and wealthy banks instead of average folks like you and me.

People have short memories, and that is because we want to believe in the ideal America. Unfortunately, that ideal America has so many regulations that even the best person can’t get through a day without inadvertently breaking one of them. And we’re spied on, lied to, manipulated, and extorted, every single day of our lives.

Please, stop expecting President-Elect Trump to be the hero that corrects all of that. What I see right now is a cult of personality rising. Hopeful people have created an idealized and heroic image of Trump. It seems that many people on the right are under the same dissonant illusions as the people on the left were about President Obama. The people who were so wide awake to the Machiavellian government plots and the string-pullers seem to have relaxed, dropped their guards, and settled back to enjoy the show as their new president makes everything perfect again.

Do you really think it’s that simple?

Whether you are a Republican, a Democrat, a libertarian, or an independent, if you prioritize freedom, integrity, and truth, you will exercise just as much vigilance regarding Donald Trump as you did with Barack Obama.

Many of us breathed a sigh of relief when Hillary Clinton was defeated.

It’s no secret that I was not a fan of Hillary Clinton previous to the election, and my opinion of that hasn’t changed at all. She is possibly the most corrupt presidential candidate who has ever run for office.

I was surprised and relieved when she didn’t get elected, but I suppose that Wikileaks, spirit cooking, and pedophilia were just too much for most Americans to tolerate.

While I wasn’t thrilled with the alternative of Donald Trump, I certainly wasn’t outraged to the extent that a lot of folks were. There was no dramatic gnashing of teeth, wailing, sobbing, or threats to leave the country. In fact, I thought that if Trump followed through with his promises of smaller government, better economy for the middle class, and the dismantling of Obamacare, I’d be pretty happy about it.

Of course, most people who give a lot of thought to things see the cracks and the weak spots, and I definitely saw some things that concerned me.

However, I made a conscious decision to remain Trump Neutral in the aftermath. I was determined not to fan the flames of these protests which have gotten completely out of control. The violence breaking out across America is disturbing to watch.

And, as most of us know, it’s not just unhappy Hillary supporters out there. In many cases, the biggest agitators are just there to promote a globalist agenda on behalf of the likes of George Soros destabilizing our country.

But, I can’t be neutral anymore.

I wasn’t under the illusion that Trump would save us all, but the depths that he had to drag to pick up some of his cabinet members has even surprised a cynical person like me. (More on the specifics of these cabinet members in an upcoming article.)

Then there’s the media. While people were rightfully outraged at the blatant anti-Trump propaganda coming from outlets like CNN and Huffington Post, they seem to be ignoring the new propaganda, that of the new “Alt-Right.” The pro-Trump bias of these purveyors is every bit as blatant, and every bit as dangerous.

We can’t have a media that caters strictly to one side or the other. There is no truth in that. We’ve traded one narrative for another. People have lost track of what matters because they so desperately wanted Trump to provide a free ride to Liberty. They want to have faith in someone, and they want to see wrongs righted.

I get that. We all want that. Many of us were delighted to see the fall of the Liberal government in this election, but there was a new danger looming ahead of us that no one considered.

We’ve seen what happened when the government was mostly leftist. It was ugly. The economy may never come back from it. Many freedoms were taken away or limited, and we’ll probably never get those back.

But now, our government is mostly right-wing, and that’s not ideal either. A vast majority either way with no one pulling back on the reigns is how governments get out of control.

As if the wheels of this government needed any greasing.

If you want to be free, look for the truth.

The MSM has been debunked, and they’re trying valiantly to dismiss the independent media now by calling our sites “fake news.”

Don’t look to propagandist websites on either side of the spectrum. Look for independent outlets that are willing to speak the truth, who are not beholden to large advertisers, and who have no horse in the race.

I refuse to toe the line and be absorbed into the “Alt-Right” because I think they are Alt-Wrong about a lot of things. While it might be a good career move, it would be a terrible lapse in ethics to do so.

My website is not a giant media conglomerate. No one pays me to voice on opinion or to sway people to my way of thinking. I just have a little blog on which I strive to be truthful and to share some commentary to get people to think for themselves. By now, you may have noticed I  publish  nearly all comments, positive and negative. The only time I omit publishing a comment is if it is simply a series of ad hominem attacks and slurs that add no substance to the conversation. Sometimes commenters post mean things just for the sadistic glee of getting a rise out of people, and there’s no benefit to that.

I post nearly everything because it’s about the discussion. I don’t need people to simply agree with me. My ego doesn’t need propping up. I want to discuss things. I’ve learned things from negative commenters, and by trying to engage politely if I feel they might be receptive, sometimes I think maybe they learned something from me. It’s all about civil discourse, opening your mind enough to consider a well-spoken rebuttal, and changing your opinion when the evidence tells you that you were mistaken.

There are thousands of websites out there like mine that are committed to the truth, whether it’s painful or not. Find them. Bookmark them.

But don’t blindly trust them. Click on the links they supply and do your own research. Ultimately, only you can assure yourself of the truth.

If we must have a state, the state must answer to the constituents.

That brings me to the current topic of what the hell is going on in the new Trump administration. I’m no fan of the state or of Big Government, but in our current hierarchy of political power, this is what we have to deal with.

While he promised to drain the swamp, prosecute Hillary Clinton, and get rid of the establishment, Trump’s first week seems to be going in the opposite direction, and for this, he must know that these actions are unacceptable to the very people who voted for him in the first place.

As unpleasant as it is to learn about these disappointments, it’s essential.

For those who refuse to hear anything negative about our President-Elect, give your head a shake. You were perfectly willing to accept all the terrible things that the Clintons had done. When all of that stuff was coming out, you were all about the truth. You couldn’t get enough of the truth.

But now that Trump has won the electoral college, you are making excuses for him. You’re justifying the unjustifiable. You not only refuse to believe the negative stories, you refuse to even listen to them in the first place. Now, you have no interest in the truth at all if it relates to Trump.

This willful blindness is how greater tyranny gets a foothold.

Are you actually this desperate to believe the soothing lies over the painful but necessary truth?

I wanted to believe the good stuff too. But we cannot be watchmen of liberty if we refuse to accept the evidence that is right in front of our eyes. We cannot hold someone accountable if we refuse to see the flaws that require the accountability.

We don’t live in a monarchy.  The president and all elected officials should answer to the people.

This election, we were damned if Hillary Clinton had ascended into office.

It appears that we are still damned with the advent of Donald Trump.

Watch this video. If you aren’t too inextricably mired  in cognitive dissonance, you’ll see exactly what I mean.