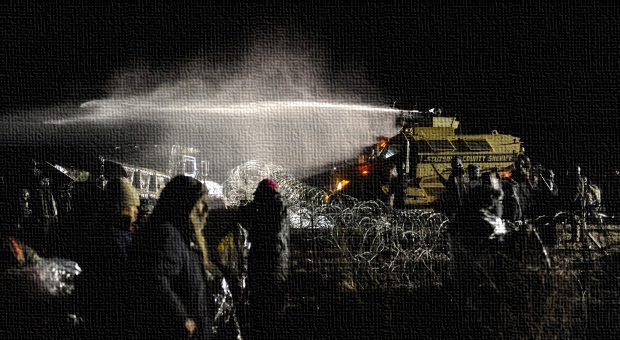 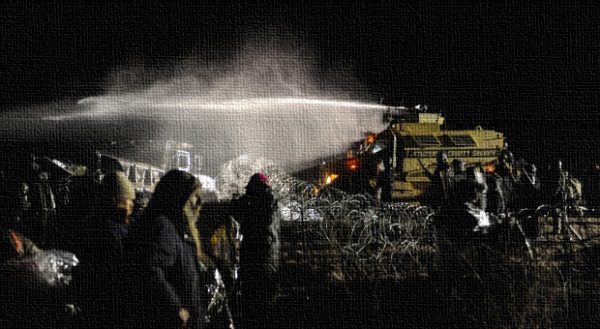 Now that the establishment corporate and liberal media have declared open war on so-called ‘fake news,’ already rolling out plans to flag, censor, robotically restrict and demonetize the efforts of independent journalists, the world waits with bated breath to see exactly what form the control of information will take.

The 24/7 talking heads on cable news are already repeating ad nauseam the ‘fake news’ talking points, as they do whenever there is a top-down agenda to push onto our supposedly free society.

You may be wondering, what, then, is real news?

Here’s an example, hot off the press.

At the ongoing Standing Rock civil disobedience action in protest of the Dakota Access Pipeline, some 167 people were injured Sunday night by militarized police forces who assaulted a bridge occupied by peaceful protestors including men, women, children and elderly persons. The temperature was well below freezing and for hours the police sprayed the crowd water cannons, fired many rounds of flash bang grenades, rubber bullets, tear gas, and used the LRAD acoustic weapon to disperse dissidents.

Here’s a video of the assault, from TYT.

During the assault, at least one elder was left in critical condition and it is reported that 13-year old girl suffered serious injuries when shot with a rubber bullet.

This is happening in America, to Americans, by American police, which makes it quite newsworthy to Americans.

We know without question, without even having to ask, that any crackdown on ‘fake news’ will not in any way apply to mainstream, corporate news sources such as the major newspapers and the major cable news networks.

A scan of ‘real news’ sources the morning after this major confrontation between police and resistors at Standing Rock reveals that stories like this, stories of resistance to corporate rule and government authoritarianism.

These Sources Did Not Report On This:

CNN.com – Although the homepage of CNN features around a hundred stories, as of the time of this post, there was no mention whatsoever about the Standing Rock confrontation last night.

MSNBC.com – No mention whatsoever of this event on this mainstream news site. The top 6 posts at the time this article was written were all about Donald Trump, his cabinet picks, and how his administration was going to be terrible.

CBS News – No coverage of this story on the CBS News homepage.

DrudgeReport.com – This story has not been aggregated on the Drudge Report.

These Sources Did Report on This:

FoxNews.com – The confrontation did make it the homepage of Fox, but not as a headline story. A short video was included, and the coverage was short and to the point.

While this story is featured on some of the typical mainstream corporate sites, the depth and extent of their coverage is nothing compared to the work of independent journalists such as Unicorn Riot. In the months long standoff over the Dakota Access pipeline, mainstream media has been almost completely absent.

When the hammer of widespread internet censorship drops in America, who will decide which issues should be seen by the public? Will the attack on ‘fake news’ be used by corporate media to further control the public narrative by making it easier to omit the facts and stories that help to expose and disrupt the increasingly authoritarian overtures of corporations and government?

Dylan Charles is a student and teacher of Shaolin Kung Fu, Tai Chi and Qi Gong, a practitioner of Yoga and Taoist arts, and an activist and idealist passionately engaged in the struggle for a more sustainable and just world for future generations. He is the editor of WakingTimes.com, the proprietor of OffgridOutpost.com, a grateful father and a man who seeks to enlighten others with the power of inspiring information and action. He may be contacted at [email protected].

This article (More Police Violence at Standing Rock – Is This Real News or Fake News?) was originally created and published by Waking Times and is published here under a Creative Commons license with attribution to Dylan Charles and WakingTimes.com. It may be re-posted freely with proper attribution, author bio, and this copyright statement.