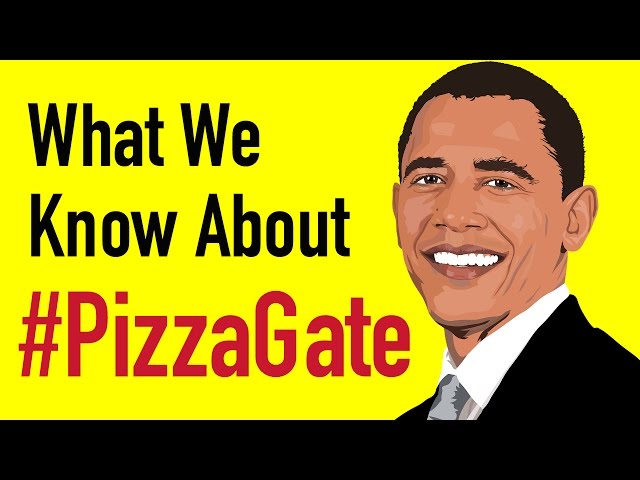 Wednesday, something very strange happened on Reddit, as the subreddit, r/Pizzagate was unceremoniously banned by the social media company — with a disclaimer stating that the subreddit was banned specifically for “the proliferation of personal and confidential information,” noting that,”We don’t want witch hunts on our site.”

The following notice was posted to the site:

Initially, Internet sleuths set out researching the Podesta emails to prove a pedophilia connection between convicted sex offender, Jeffery Epstein, and the Clintons, as Bill Clinton is known to have traveled on Epstein’s private jet, nicknamed the “Lolita Express,” without Secret Service protection on numerous occasions – a seemingly suspicious move given Epstein’s proclivity for sex with underage girls.

The video provided below is a comprehensive breakdown of the connections that underpin the reasoning behind the “Pizzagate” pedophilia claims:

In typical fashion, the government/elite propaganda arm of the media moved quickly to label any mention of “Pizzagate” as “fake news” in an attempt to divert legitimate attention away from the growing crowdsourced investigation.

The Washington Post, in an attempt to undermine any legitimate investigation farcically claimed that those investigating “Pizzagate” believe that a “secret headquarters of a child sex-trafficking ring run by Hillary Clinton and members of her inner circle” is located in the basement of a Washington D.C. pizza shop called the Comet Ping Pong Pizzeria.

Of course, the actual investigation is a broader foray into the seedy world of Washington, D.C.’s political-elite connected pedophile rings. The intimation that those investigating “Pizzagate” simply believe that Hillary Clinton runs a child sex ring is meant to dissuade people from further, legitimate investigation based on the seeming absurdity of such a claim.

Interestingly, the “Pizzagate” investigation in many ways mirrors the high-profile pedophilia scandal that gripped the U.K., before being unceremoniously swept under the rug. In that case, historical abuse by politically connected elites, celebrities, and politicians was brought to light — with an official inquiry being started — only to have the inquiry “crumble” after heavy pressure was exerted by highly placed power brokers within the U.K. establishment.

This was almost the exact same scenario as what took place in the United States in what became known as the Franklin child sex ring coverup. Once the FBI took over the investigation from state authorities, it turned into a witch hunt to persecute the child victims – going so far as to charge them with perjury in a successful attempt to scare the other 70+ victims to recant their testimony regarding the child sex ring.

While the story received a measure of newspaper coverage, there was a complete blackout of the scandal by the mass media, thus most Americans have never heard about this scandal that reached all the way to the White House.

Revealingly, former Republican state Senator John Decamp was involved in producing a documentary about the massive child sex scandal, which was set to air on the Discovery Channel on May 3, 1994, only to be shelved just prior to being seen nationally. It was reported that powerful congressmen threatened restrictive legislation on the cable industry if the documentary were to air.

Subsequently, and almost immediately, an unknown individual purchased the rights to the documentary and ordered all copies be destroyed. A copy of this videotape was furnished anonymously to former Nebraska state senator and attorney John De Camp who made it available to retired F.B.I. chief, Ted L. Gunderson.

Of course, mainstream media, working as the propaganda wing of the power-elite of U.S. society, has essentially declared the Franklin cover-up a “conspiracy theory.” We’ll let you decide.

Some very powerful people did not want you to watch the documentary below: