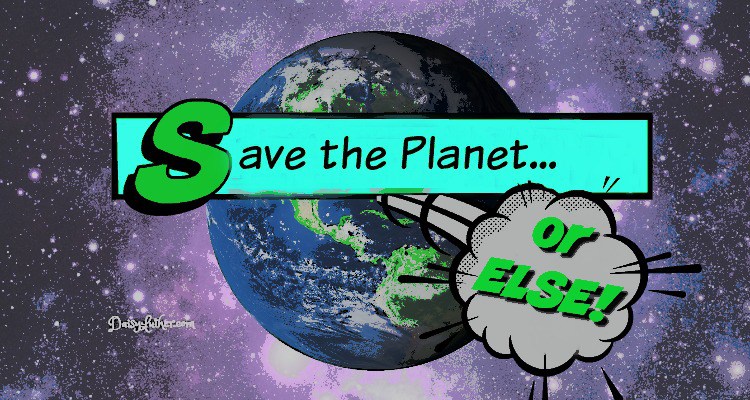 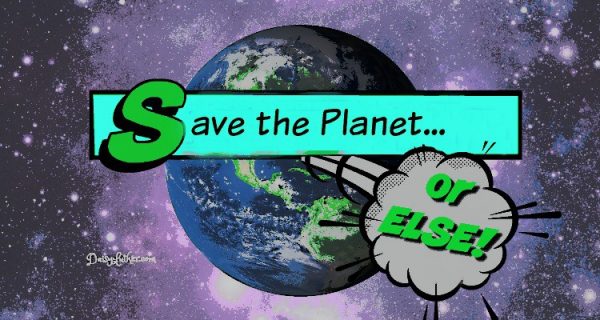 There’s a brand new way to save the planet, and a group of professors from Oxford University wants to force the issue by assessing enormous taxes on foods said to have higher “climate impact.”

To make a long story short, they want to force everyone that doesn’t have a high income to become vegan by taxing the living daylights out of animal products. If you think your grocery bill is out of control now, just you wait if these scientists get their way.

By taxing items like beef by 40%, dairy products and poultry by 20%, and certain vegetable oils, the planet will be saved.

That means a pound of ground beef that now costs $6 would cost $8.40.  A gallon of organic milk would also go up by $2-3, depending what you pay now. The financial impact would be massive. Average humans won’t be able to afford to eat much besides beans and rice.

In a study dated November 7th, 2016, the Oxford Martin School, part of Oxford University, suggested a system of taxation to discourage people from buying and eating certain foods. The scientists suggested that the foods which contribute the most to the anthropogenic global warming, the man-made-global-warming-turned-climate change that we hear so much about, will be taxed at a higher rate. The report states:

“Emissions pricing of foods would generate a much needed contribution of the food system to reducing the impacts of global climate change,” said Dr Marco Springmann of the Oxford Martin Programme on the Future of Food, who led the study. “We hope that’s something policymakers gathering this week at the Marrakech climate conference will take note of.”

Much of the emissions reduction would stem from higher prices and lower consumption of animal products, as their emissions are particularly high. The researchers found that beef would have to be 40% more expensive globally to pay for the climate damage caused by its production. The price of milk and other meats would need to increase by up to 20%, and the price of vegetable oils would also increase significantly. The researchers estimate that such price increases would result in around 10% lower consumption of food items that are high in emissions. “If you’d have to pay 40% more for your steak, you might choose to have it once a week instead of twice,” said Dr Springmann.

The report also says that this will not unduly affect those on low incomes.

They have it all figured out. The plan is to offset any difficulty by “sparing food groups known to be beneficial for health from taxation, selectively compensating for income losses associated with tax-related price increases, and using a portion of tax revenues for health promotion.”

So, they’ll tax the daylights out of the middle class, making it impossible for us to buy meat or dairy products, then they’ll subsidize produce for people with low incomes with the tax money.

Let’s hope these professors don’t watch the documentary Symphony of the Soil (which I highly recommend to anyone who grows food, by the way.) Because if they do, they’ll also discover the link between industrial farming methods (such as fertilizers and extensive tilling) and increased carbon dioxide. Then they’ll tax vegetables and grains by 20% too.

What about those children who become enforced vegetarians because their families can no longer afford to put even a cheap cut of meat on the table? What about the micronutrients they will be missing out on if meat and milk become luxuries? While I know that some families have raised perfectly healthy children on a vegan diet, there are nutritional benefits that come from animal products that are difficult to replace.

Professor Lindsay Allen of the University of California said that to deny growing children animal products during the critical first few years of life could cause permanent damage.

She said foods made from meat contain some nutrients not found anywhere else and are hard to replace in the diet of vulnerable groups.

“If you’re talking about feeding young children and pregnant women and lactating women I would go as far as to say it is unethical to withhold these foods during that period of life,” she said. “There’s a lot of empirical research that will show the very adverse effects on child development of doing that.” (source)

The authors of this misbegotten study disagree. They think the whole world will be a better place if everyone is vegan. According to them, they’ll save half a million lives by 2020 with their plan. Not only are they saving the planet, they feel they’d be improving global health by reducing “the likelihood of dying from diet-related chronic diseases such as type 2 diabetes, coronary heart disease, stroke, and cancer.”

I guess we could all eat bugs if we don’t want to become vegan. Remember when the UN recommended maggots, grubs, and beetles as a healthy part of the human diet for food security?

A quick note about climate change.

I don’t litter. I’m not wasteful and rarely use plastic. I grow quite a bit of my own food, buy locally and in-season, and try to be responsible with the environment.

I also think that all of this climate change hysteria is overblown hooey.

The whole idea of runaway climate change is flawed. You may recall that it used to be called global warning, back when Al Gore was making movies that scared the hell out of kids and teen idols like Leonardo Di Caprio were pushing the cause.

“The cause” gained traction quickly. So fast that for many people, those who just accept what they are told, it became a part of their everyday lives in a relatively short space of time. We all know how easy it is to manipulate and program most people with oft-repeated talking points.

They continued to spew out statistics that were cherry picked to prove their cases, mainly because their massive grants depend on it. Parameters evolved over the years, as did the way that data was recorded, interpreted, and presented.

But at no point was it mentioned that global warming, global cooling, and cyclical climate change is normaland has been going on since the very beginning.

The earth is in a constant state of flux, and these regular cycles are part of even larger cycles that have been around since before mankind existed and will be around long after humans have vacated the planet.  (Not because it is too hot, but because we are out of room and resources or as the result of some other type of extinction event.)

So, given all that you would think that the ever increasing number of scientists who have come forward to state, in public that man-made global warming is a myth would have made headway in re-educating the bulk of people to what is happening here. They cite proof positive from ice core studies, mud-core studies, solar cycle records and a variety of other means that the earth has been several degrees hotter than it is now on more than one occasion in the past. And all of those occasions were before industrialization, which according to those pushing the agenda to charge carbon taxes, is the cause of all the problems.

All of these ivory tower ideas like having half a kid and forcing veganism on the world will only apply to the peons like us. The elite and powerful won’t be complying with these kinds of suggestions any time soon.

Follow the money trail, my friends. (Who even gets that money, anyway?  Read this to learn more about it.) It leads straight to crony capitalism and control of resources, a la Agenda 21 and Agenda 2030.