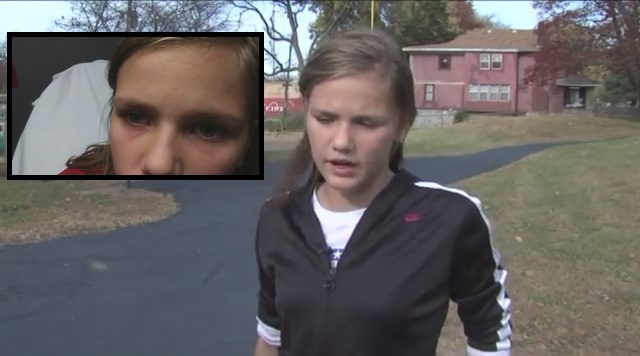 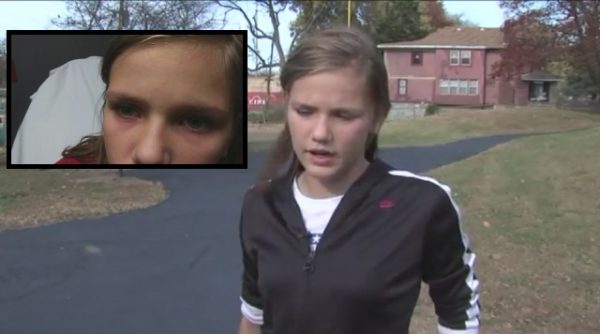 After being violently attacked twice in two weeks because of her race, the mother of a 12-year-old girl attending a school in Kansas City where whites are a minority says her daughter “doesn’t want to be white anymore.”

KANSAS CITY, Mo. – A metro mom feels helpless after police say her daughter was attacked at school. The mother said students are targeting her daughter because of her skin color.

Police say a 12-year-old girl was punched in the face at school by another student Monday at the Frontier School of Excellence off 56th Street and Troost in Kansas City.

Chandis Kee said this is the second time in two weeks her daughter was attacked, and she said it’s because of her race.

“About two weeks ago she reported being called racial names,” the mom said.

She said that’s about the time her 12-year-old daughter Blessyed was first attacked by two girls.

The school confirmed “an incident happened” and said it was “quickly rectified and resolved.”

But Kee said Monday, her daughter was attacked again.

“She just started hitting me in my face area. Everything went black and every time she hit me, it was just like bursts of light. It happened so fast, and then I wondered, ‘Why would she do this?’ because I didn’t even know the girl. I’ve never seen her or ever talked to her.” Blessyed Kee said.

The school appears to have done little to remedy the situation.

FOX 4 obtained a copy of the police report from. It describes the victim’s swollen eye, and the vice principal told police “the attack was unprovoked.”

“It’s been multiple times. People call me white when I’m walking down the hallway or [pointing to the playground] we were standing over there one day and someone called me a white curse word,” Blessyed said.

FOX 4 asked the school about the victim’s previous reports of racial slurs and the school said officials “had no prior references to bullying.”

Kee said she didn’t feel reassured from school officials after either attack and now she doesn’t know what to do with her daughter.

“The school, how are they going to reassure me that they feel safe when she warned them and they didn’t care? She did all the right things,” said Kee. “She doesn’t want to be white anymore. What do I do then? I can’t change her color. She’s white.”

Kee said the school told her girl who punched her daughter was suspended, but they wouldn’t tell her anything more, including the attacker’s name. Kee said that is frustrating because she needs to know who hit her daughter in order to request a restraining order.

A similar case made headlines earlier this year in New York after a white student sued his high school for allowing him to be bullied because of his race. The city settled the case for an undisclosed amount.

If America’s immigration policies are not changed, it’s estimated white people will become a minority in America by the year 2044. Vice President Joe Biden said last year he believes whites becoming a minority in America is a “source of our strength.”