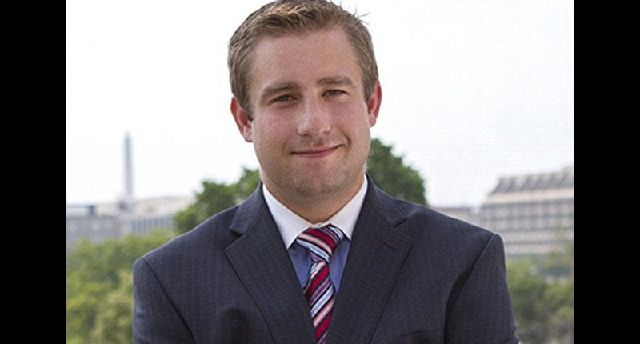 Democratic National Committee staffer Seth Rich, who was in charge of voter expansion data, was murdered in August of this year. Even though no suspects have been determined yet, reports are coming forward that there may be surveillance video

, as well as private video of what took place.

Jack Burkman, host of the radio show Behind the Curtain with Jack Burkman, appeared on Newsmax TV and said there was surveillance video which apparently shows legs of at least two possible suspects. He added that in canvasing the neighborhood, it appears that someone may also have private video evidence of the murder.

“There were video cameras,” said Burkman. “They capture very little. Some of the surveillance footage has legs. We know it’s two people. We strongly suspect it’s two people instead of one.”

“We have just learned there may be additional private video through our efforts in canvasing the neighborhood in the last week,” he told Newsmax TV. “We’ve been handing out flyers. We’ve been going door to door. We’ve had the local DC stations. We’ve got everybody.”

When asked if the video was from a private residence, Burkman didn’t know exactly.

“We don’t know yet where it came from,” he said. “It’s just all I know right now is that it’s from a private person. I think it’s commercial video, but we’ll know more about that in the next few days.”

So far, the video has not been turned over to police, but is apparently still in the hands of the owners of the video.

The parents of Seth Rich have been actively involved in canvasing the neighborhood and they were the ones who came up with the video, but as of the interview, police had not obtained the footage.

A reward in the amount of $345,000 is available to anyone who can bring forth information that would lead to the arrest of those who murdered Seth Rich.

Following his murder, a Democrat “Crisis communications” public relations agent was hired to shut down “conspiracy theories” about the murdered DNC staffer. Wikileaks founder Julian Assange suggested that he was murdered due to the high stakes that were involved in this year’s presidential election and implied that Rich was the informant that provided this summer’s DNC document dump.

Rich was one of many close to the Democrat Party and Hillary Clinton who lost his life during this election season. Five people tied to both died in a matter of six weeks under suspicious circumstances. In addition to Rich, the other names were as follows:

The list of dead people around the Clintons is quite long and you have to admit that these deaths happening so close together should give you pause as to the official story that is coming out about each one, knowing Mrs. Clinton’s record for lying, deceit and endangering the lives of Americans.

This is all the more reason for catching the people that murdered Seth Rich. America needs to know if this was merely a robbery gone bad or whether they were paid assassins