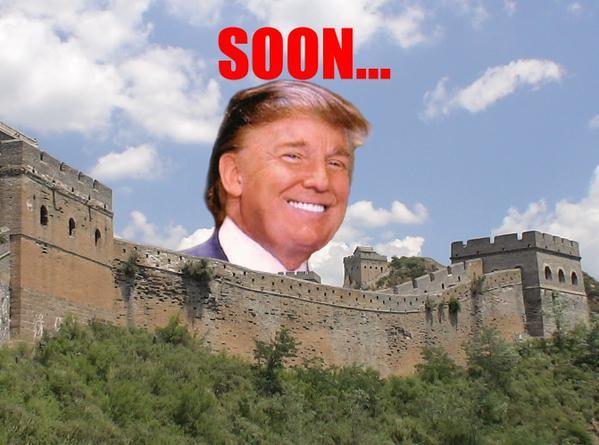 The numbers of illegal immigrants continuing to surge across our Southern border is threatening to swamp our immigration enforcement capabilities.

MRC TV reports that in October alone, almost 50,000 illegal aliens were caught sneaking into the USA illegally (which doesn’t account for the tens of thousands more who weren’t caught).

In October alone, Customs and Border Protection apprehended 46,197 illegal aliens crossing into the United States unlawfully via the Southwest U.S. border, including 13,124 members of family units and another 6,754 unaccompanied children. In fact, the number of family unit members apprehended in the first month of FY2017 is already 118 percent higher than those who were caught in October of last year.

Averaged out, border patrol caught about 1,490 illegal aliens per day in October.

The problem has become so acute that it has forced the U.S. Customs and Border Protection (CBP) agency to open a new facility in Texas to house detained illegal immigrants. The facility is only a stopgap measure put in place in an effort to treat the immigrants humanely while also preparing to deport them back to their home nations.

“In addition to securing our borders and enforcing our immigration laws, CBP is committed to treating all people in our facilities humanely,” said the El Paso Field Office Director Hector Mancha. “CBP’s officers and agents are rising to this challenge with professionalism while maintaining efficient border operations.”

The CPB also asked the media to deliver a message to the immigrants seeking to come to the USA – don’t.

“Our message to people thinking about crossing our borders illegally remains: Don’t risk your lives,” said El Paso Sector Chief Jeffrey Self. “Smugglers are not your friends. Don’t put your lives in their hands.”

Expect the flood of illegals to continue through January as many who have been considering sneaking in to the USA move to do so before President-elect Donald Trump takes office.

THE NUMBERS ARE IN: Florida has Lowest COVID Rate in the Nation
Flag And Cross

The “Heroes That The People Need” ( Fear-Mongers) Capitalizing Off The American People! Where Is The Justice?
October 27th, 2021 Sons of Liberty Media