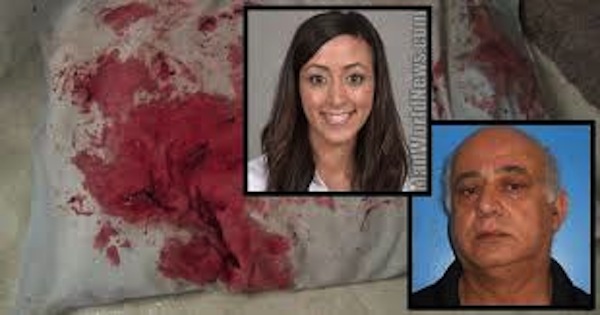 Another Islamic terror story the enemedia scrubs and censors. This report comes from the UK.

The devout dad shot her to death in her sleep. The prosecutor’s description of the killing has raised the suggestion that it might have been an honor killing, but the suspect’s attorney, Angelo Lenardo, vehemently denied it, saying the very notion was ‘racist and offensive.’

Under Islam, telling the truth is “offensive and racist.”

Police officers said the Jamal Mansour, was upset with Tahani for going to Las Vegas.

Muslims are not the sole perpetrators of honor killings, but a recent survey showed that 91 percent of honor killings worldwide are committed by Muslims, and 84 percent of honor killings in the United States were done by Muslims. This is no surprise. A manual of Islamic law approved by Al-Azhar University, the most respected authority in Sunni Islam, stipulates that “retaliation is obligatory…against anyone who kills a human being purely intentionally and without right.” However, “not subject to retaliation” is “a father or mother (or their fathers or mothers) for killing their offspring, or offspring’s offspring.” In other words, Islamic law sets no penalty for a parent who kills his child. Also, the legal codes of Jordan, Syria, and other Muslim countries have substantially reduced penalties for honor murders as compared to other murders, and Islamic clerics have resisted efforts to stiffen penalties for honor killings. Jamal Mansour was from Jordan.

FATHER ACCUSED OF ‘EXECUTING’ HIS DAUGHTER, 27, BY SHOOTING HER IN THE HEAD WAS SEEN ‘LOADING HIS REVOLVER AT A GAS STATION ONE DAY BEFORE THE KILLING’

A father accused of killing his daughter was caught on surveillance video loading his revolver at a gas station the day before the shooting, a court has heard.

Jamal Mansour, 64, from Rocky River, Ohio, has pleaded not guilty to aggravated murder and other charges stemming from the shooting of 27-year-old Tahani Mansour on September 27 in their family home.

The father, a wealthy businessman, told a judge after his arrest that the shooting was accidental, however prosecutors argue the footage of him loading the weapon proves he had a ‘calculated plan’. 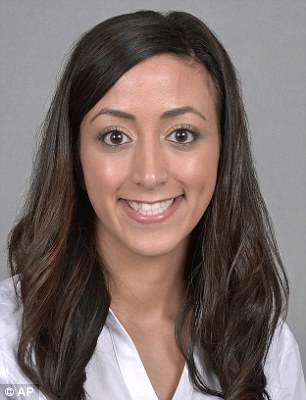 Prosecutors allege Mansour shot his daughter three times in the head, once from just one-foot away, Cleveland.com reports.

The 27-year-old was found in her bed.

During an arraignment hearing in September, Rocky River Prosecutor Michael O’Shea described the killing as an ‘execution’.

The prosecutor’s description of the killing has raised the suggestion that it might have been an honor killing, but the suspect’s attorney, Angelo Lenardo, vehemently denied it, saying the very notion was ‘racist and offensive.’

The youngest of six children, Tahani was described by friends as bright and energetic, and had recently been hired as a clinical pharmacist by the Cleveland Clinic.

She received a doctor of pharmacy degree from Northeast Ohio Medical University in 2013, worked as a clinical pharmacist for University Hospitals and taught at the University of Findlay and the medical school, according to her LinkedIn account.

Mansour, a married father-of-six and a grandfather, moved to the U.S. from Jordan in 1978, and owned several stores across Ohio. 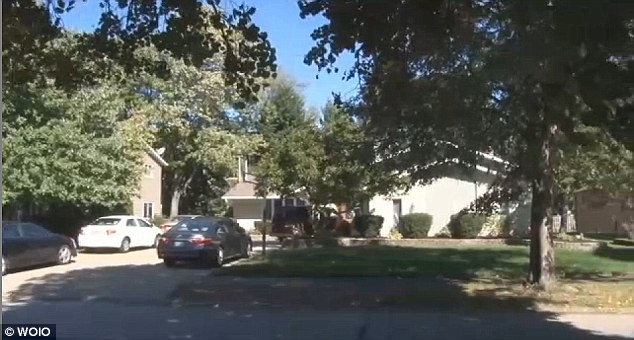 Crime scene: The 27-year-old clinical pharmacist was fatally shot in her upstairs bedroom at the family’s home in Rocky river (pictured)

The station WOIO obtained a police report dated December 1, 2012, saying that someone had called the authorities saying that Jamal had threatened to take his own life if his daughter failed to return home from a conference in Las Vegas by 7am the next day.

Police officers performed a welfare check on Jamal, who denied ever threatening to harm himself but confirmed that he was upset with Tahani for going to Las Vegas.

This week’s hearing comes after bond for Mansour was increased to $4.5million by a judge after a prosecutor said he was a flight risk.