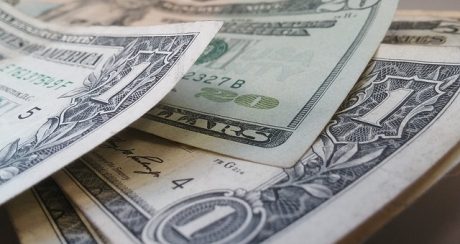 Four out of the five major events named in an incredible 1981 prophecy have already happened in consecutive order, and the only thing remaining to be fulfilled is “the collapse of the economic system of the United States”. On Friday, I logged into Facebook and I discovered that someone had sent me a message about a website that I had never heard about. I had a few spare minutes so I went and checked the website out and to be honest it was very poorly designed and so I only spent a moment looking at it before I moved on. Sadly, this is how things work on the Internet – if something does not capture our interest immediately we don’t have the patience to keep reading. But later I learned that this website contained a very old prophecy about the death of Fidel Castro which has very alarming implications for our near future.

Despite looking into these things for well over a decade, I had never heard of John W. Johnston before learning of this prophecy. He appears to have been a very simple man that lived near the beach in Virginia before moving to the mountains a couple of years ago. Since moving to the mountains he has only updated his website once, and that was in September 2014. At this point nobody seems to know what ultimately happened to him or if he is even still alive.

But his website is still up, and so somebody must be keeping an eye on things. And the reason why so many people are talking about John W. Johnston right now is because of something that God told him in 1981…

“When you see that the Berlin wall comes down and when you see the Soviet Union take a severe blow then it makes a recovery, and then you see the death of Fidel Castro; then shall come the collapse of the economic system of the United States.”

This is an extraordinary prophecy, and in it Johnston was given five things to watch for.

The first event was the Berlin wall coming down, and that happened in November 1989.

The third event was a “recovery” for the Soviet Union, and without a doubt Russia is once again a major player on the world stage today.

The fourth event was the death of Fidel Castro, and that happened on Friday.

So the only thing remaining to be fulfilled is “the collapse of the economic system of the United States”.

Of course no time interval was given in the prophecy, and the other events have been fulfilled over many, many years, and so we can’t really say how quickly we should expect to see an economic collapse according to this prophecy.

But without a doubt, this prophecy definitely got my attention. Here it is again in the context in which it originally appeared on Johnston’s website…

Around 1981 God gave me a prophetic word of knowledge that has been partially fulfilled. These events are time markers and very soon we will see the fulfillment of the rest of this word. The Lord told me the following:

“When you see that the Berlin wall comes down and when you see the Soviet Union take a severe blow then it makes a recovery, and then you see the death of Fidel Castro; then shall come the collapse of the economic system of the United States.”

The Berlin wall separated East Germany from West Germany for more than 25 years. The construction began on August 13, 1961. The wall was opened and many sections of it literally knocked down on November 9th, 1989.

The Soviet Union is considered to have officially dissolved on December 31, 1991. This is when all official Soviet institutions had stopped to function in the different “republics” of the Soviet Union. The individual governments of these republics started functioning separately. The Soviet flag flew for the last time over the Kremlin.

As you know Fidel Castro is now a very old man in his 80’s and his health is not well. Cuba could very soon see the death of it’s long time Dictator.

When you see Castro’s death then you will see the complete collapse of the economic system of America!

Needless to say, we need to use discernment when it comes to any prophecies.

Sadly, so much of the Christian world has such an unbalanced approach to prophecy today. Personally, I grew up going to mainstream churches that did not believe that God speaks to people today. So if anyone ever claimed to have received something from God they were immediately labeled a false prophet.

On the flip side, there are many believers out there today that don’t use any discernment whatsoever and just accept any “prophets” and “prophecies” that happen to come along. That is not balanced either.

And without a doubt trying to discern between the two can be confusing at times.

One of the keys is to look at the track record of any individual that claims to be receiving something from God, because that will tell you a lot.

In Johnston’s case, there is not a lot to go on, but it is very encouraging to see that he has been shown many of the exact same things about the future of America that many proven prophets with extremely long track records have also been shown.

As for the economic collapse that is coming, Johnston is just one among a multitude of men and women of God all over the world that have been shown that our economy is going to suffer like never before.

And now that Fidel Castro has died, according to Johnston’s prophecy there is nothing standing in the way of it happening.

We know that it is coming at some point, and the only question now is how soon it will arrive.