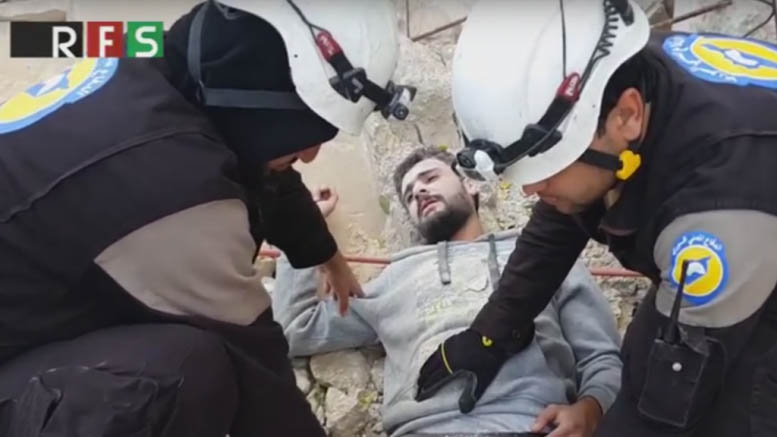 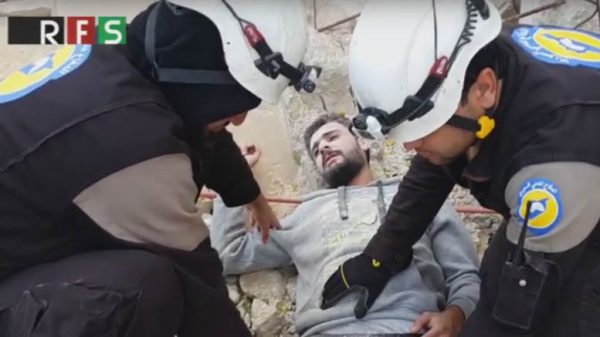 CNN, among many other establishment media platforms, has long promoted the US-European funded “Syrian Civil Defence” also known as the “White Helmets.”

Yet on November 25, they published an article titled, “Syria’s White Helmets apologize for Mannequin Challenge video,” in which they admit:

It’s a familiar scene: Syria Civil Defence, also known as the “White Helmets,” rushing to rescue a man covered in rubble, but unlike thousands of other videos from Aleppo, this one is staged.

CNN would continue by claiming:

The nearly one-minute long video has been the subject of criticism on social media. On Wednesday Syria Civil Defence released a statement calling it an “error of judgment”.

“This video and the related posts were recorded by RFS media with Syria Civil Defence volunteers, who hoped to create a connection between the horror of Syria and the outside world using the viral ‘Mannequin challenge.’ This was an error of judgment, and we apologize on behalf of the volunteers involved,” the statement read.

Ignored by both the “White Helmets’” and RFS’ as well as CNN’s explanation of the video is the fact that the now admittedly staged video – besides the “mannequin challenge” style – is virtually indistinguishable from the “thousands of other videos from Aleppo” cited by CNN.

It is unlikely that out of the “thousands of other videos from Aleppo” cited by CNN, none of them would feature actual trauma, and instead feature only the dust and fake “blood” covered “victims” as seen in the recent, admittedly staged video, as well as during recently staged protests in Europe.Just like “thousands of other videos from Aleppo” cited by CNN, the “victim” being “rescued” by the “White Helmets” is covered in dust and what appears to be blood, but otherwise uninjured. Unlike in a real bombing, those “rescued” by the “White Helmet” have their limbs intact, no deep, visible wounds, and lack any of the burns or trauma associated with weaponry used in modern combat.

Of course, the alternative media has been exposing the “White Helmets” for years as perhaps one of the largest, most complex war propaganda operations conceived thus far by Western powers in their bid to sway public opinion amid regime change efforts in Syria. Image: RSF’s “apology” lacks conviction, but is full of excuses and blame.

When the recent “mannequin challenge” video was uploaded, it was the alternative media that caught it, reported on it, and brought viral attention to it. It was the alternative media that exposed the fact that a supposed “rescue organization” was staging fake videos for war propaganda value – in possible violation of the Geneva Conventions, and certainly in violation of basic ethical concerns.

It was only after the alternative media raised these concerns and cornered RFS and the “White Helmets” that establishment media platforms like CNN finally reacted to a story it likely would have otherwise ignored.

It is no wonder, then, why establishment media platforms like CNN, the Washington Post, and others are so passionately opposed to the alternative media – they are no longer setting the agenda, and are instead forced to react. Real journalism equates to reporting and honestly analyzing world events rather than contriving and spinning them – for CNN and others, they no longer possess the freedom to do the latter without consequence.

Tony Cartalucci’s articles have appeared on many alternative media websites, including his own at Land Destroyer Report, Alternative Thai News Network and LocalOrg.