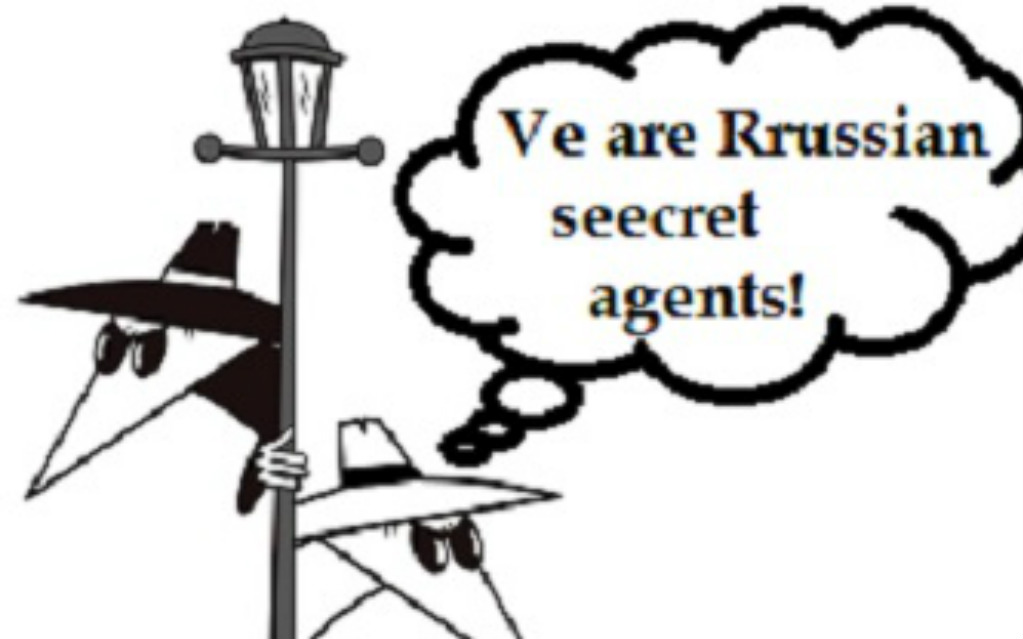 Imagine my surprise when I woke up this morning to find that I am secretly a Russian agent. These guys are good. I have no recollection of this, nor can I find any evidence that I have been paid by the Russians.  I did suffer a mini-stroke right before Thanksgiving. Do you think they poisoned me to erase my memory? Sure enough my site is listed 38th on the list below. The following comes from my friend Dr. Eowyn who is also a Russian agent. She totally had me fooled. Like I said… these guys are good. 🙂 -Dean Garrison, Editor/Publisher/Contributor —DCClothesline

Our humble little blog Fellowship of the Minds (FOTM), started on less-than-a-shoestring 7 years ago with contributors who write for literally no pay, is in the Obama administration’s and the corrupt MSM’s bull’s eye for reporting the truth!

“Russia had a hand in spreading fake news to millions of Americans during the election cycle, according to two independent research groups, PropOrNot and Foreign Policy Research Institute.

The Washington Post was the first media outlet to report PropOrNot’s findings that there are over 200 websites described as ‘routine peddlers of Russian propaganda during the election season, with combined audiences of at least 15 million Americans.’”

Together with such august company as Drudge Report, InfoWars, former Congressman Ron Paul, former Reagan official David Stockman, Wikileaks and ZeroHedge, FOTM made The List of 200 as “fake media” sites that, according to something called Is It Propaganda Or Not?, “reliably echo Russian propaganda” — you know, Russia, the new boogeyman according to Hillary Clinton and Barack Obama.

Is It Propaganda or Not?, which I venture to guess is CIA, was launched this year “as an effort to prevent propaganda from distorting U.S. political and policy discussions”. PropOrNot describes itself as “Your Friendly Neighborhood Propaganda Identification Service, Since 2016!” — “an independent team of concerned American citizens with a wide range of backgrounds and expertise, including professional experience in computer science, statistics, public policy, and national security affairs.”