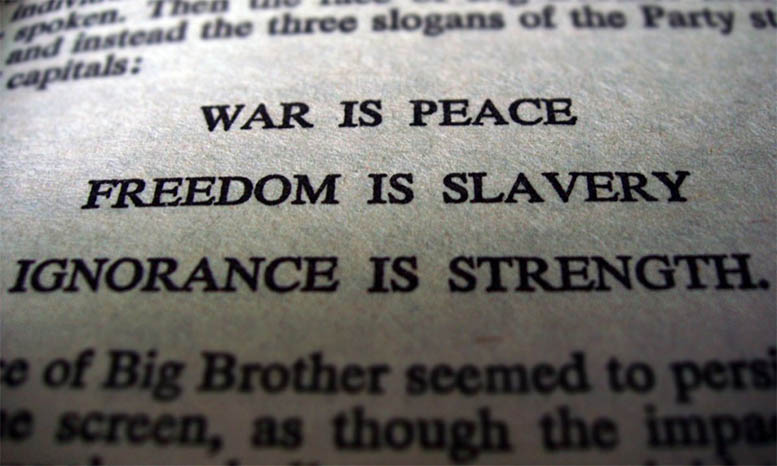 Exposing elites who run the world?

Documenting the lies and fabrications of major media?

Laying bare the manipulations of Globalists?

Revealing the crimes of both major political parties in America?

Uncovering the spread of pharmaceutical devastation?

Yes, many so-called “fake news” sites do all this and much more—but something else is also going on.

Many of these sites were launched and are spearheaded by ONE man or woman.

No person outside the mainstream is supposed to be so emboldened by his/her own point of view and passion.

“All points of view belong to a group.”

An individual works for what he believes is true? He keeps his own counsel? He forges ahead, despite all opposition? He may even, when all is said and done, make a profit from his own labors? We’re supposed to oppose these “evils,” and by the grace of governments and their shadow operators, we will emerge from the darkness and find our salvation in a New Order of things.

***And never—if you happen to disagree with what some independent news site is saying—NEVER entertain the idea of starting YOUR OWN news operation and building it from the ground up to reflect YOUR OWN vision. NEVER. That is individual power, which is the horrible fate that would await you.

DOING IT ON YOUR OWN?

Haven’t you studied your history? This country was originally built on chipping away at people’s individual creations and tearing them down. Right? How else could America have succeeded? It is only by taking away independence in all its forms that we could have arrived at the cusp of this grand triumph now: One Collectivist World.

If we give all our attention to the six corporations that own big media and deliver their news to us, we will arrive.

Hail, Caesar! Your followers salute you!

Let the bands play. March to the tune.

Search for the media-teat of the State.

And drink from it.

“Don’t you see that the whole aim of Newspeak is to narrow the range of thought?” —1984, George Orwell. Did Orwell even think to obtain permission from the New York Times before writing that statement?