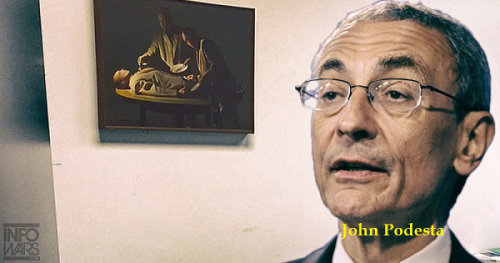 It’s been only 3 weeks since the 2016 election and already pundits are calling it “historic”.

Future and, hopefully, objective historians will look back to our time and adjudge the important role that WikiLeaks had played by its release of a continuous series of thousands of hacked emails, each more devastating than the last in what is revealed of the Democratic Party and its élites.

WikiLeaks‘ release began with emails of the Democratic National Committee (DNC) showing its corrupt machinations to undermine Bernie Sanders, Hillary Clinton’s rival in the party primaries. Next, the emails of then-Secretary of State Hillary Clinton were released, which expose her reckless lawlessness and her selling of State Department favors to foreign governments.

The emails of John Podesta, 67, a longtime Democratic Party apparatchik and chairman of Hillary’s 2016 presidential campaign, were the last batch that WikiLeaks released, with the most revealing ones published when the Election was only days away.

Among them were emails exposing the association of Podesta and his brother Tony, Hillary and her close aide Huma Abedin, with a satanic so-called performance artist named Marina Abramović and her “spirit cooking dinners” — an occult sex ritual involving menstrual blood, urine, sperm and breast milk. (See “Evidence that Hillary Clinton and her associates are satanists“.)

But John Podesta’s perversity is not limited to his participation in Abramović’s “spirit cooking,” as shown in his macabre taste in art, specifically an oil painting in his New York office depicting two men with knives in hand, about to carve into and cannibalize a third.

The sickening painting was lent to Podesta by his brother Tony, one of the most powerful lobbyists in Washington, D.C.

The image was first shown in 2015 in Politico‘s photo gallery of Hillary’s campaign headquarters.

Nine months later on April 28, 2016, the painting was mentioned in a fawning article by Jay Newton-Small for Time magazine. Calling Podesta “the wise man,” “commanding presence in [Hillary] Clinton’s orbit,” and “the man behind the Clinton campaign curtain,” Newton-Small wrote:

“On the wall in his office at Hillary Clinton’s Brooklyn headquarters, campaign chairman John Podesta has an oil painting on loan from his lobbyist brother, who is an avid art collector. The image shows two men hunched over a dining room table, bearing knives and forks. On the table lays a man in a suit, who looks vaguely like Podesta. ‘It’s better to be the guy with the fork,’ Podesta quips to his colleagues, if they ask about the image, ‘than the guy on the table.’”

InfoWars astutely points out that Podesta’s cannibalism painting is “incredibly similar to” an Abramović “performance art” event at the 2011 annual gala of the Museum of Contemporary Art, attended by many Hollywood celebrities, in which participants simulated cannibalism by eating pieces of life-size cakes made in the image of Abramović and pop singer Debbie Harry. (See “Is WikiLeaks founder Julian Assange dead? – the connection with Pamela Anderson“)

His enthrallment with cannibalism, under the guise of an oil painting and “spirit cooking,” is just the proverbial tip of the iceberg of John Podesta’s perversity. Even worse is his and his brother’s pedophile activities, which I will present in a post to come.

That such a man has occupied some of the most powerful posts in D.C. — as Hillary Clinton’s presidential campaign chairman, Bill Clinton’s White House chief of staff, and Barack Obama’s White House counsel — should trouble any sane person.